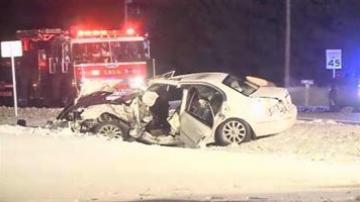 One person was killed and two others were injured in the crash on March 7 near Ireland and Linden Roads in South Bend.

Police say Trooper William Ennis was on a call when he hit another car.