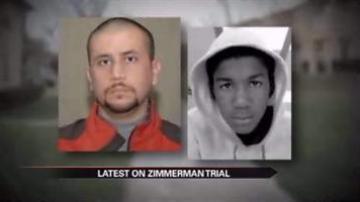 On Wednesday, the prosecution called one of his college professors to the stand.

In past interviews, Zimmerman claimed he was not aware of Florida's "Stand Your Ground" law before he shot and killed Trayvon Martin.

But his professor says he taught the subject in class and Zimmerman was an A student.

The defense noted that prosecutors have not proven that Zimmerman was in the class when that topic was discussed.

Zimmerman has pleaded not guilty to second degree murder. He says he shot Martin in self-defense.

But the prosecutors argue that he profiled and targeted the teen.