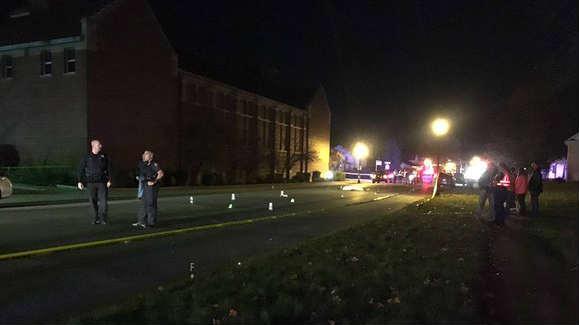 The St. Joseph County Prosecutor's Office has released new details in the pedestrian accident that happened Monday around 7 p.m. in front of Mishawaka High School.

Investigators say 54-year-old Mike Bryan was crossing Lincolnway when he was struck and killed by the driver of a Santa Fe.

The investigation revealed Bryan had stopped his car on the north side of the street and crossed the street. He was returning to his car when he was struck, according to the prosecutor's office.

A witness said he stopped for westbound traffic to pass when he was struck.

The Fatal Alcohol Crash Team is assisting in the investigation.