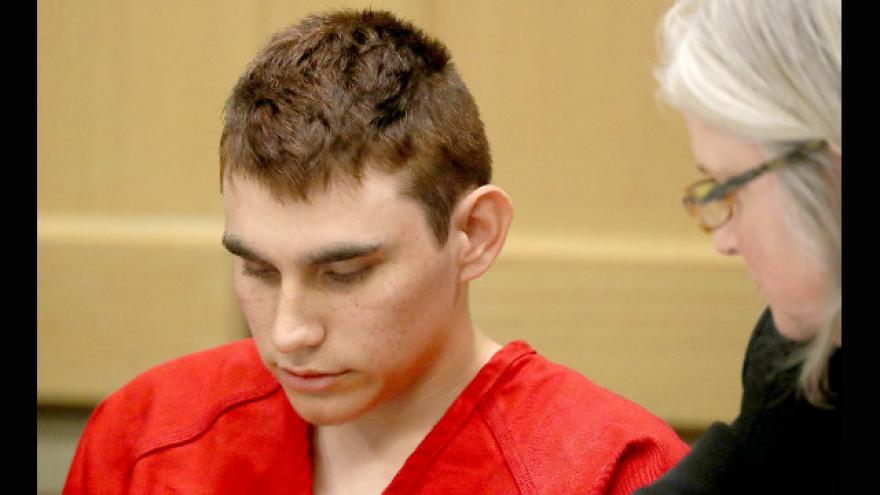 (CNN) -- Prosecutors will seek to put Nikolas Cruz to death for carrying out last month's massacre at a Parkland, Florida high school, they announced in court filings Tuesday.

In its filing, the prosecution said that, among the aggravating factors spurring its decision, were that Cruz knowingly created a risk of death for many people, his crime was aimed at hindering "any government function or the enforcement of laws" and that the shooting was "especially heinous, atrocious or cruel."

Another factor: "The capital felony was a homicide and was committed in a cold, calculated and premeditated manner without any pretense of moral or legal justification."

Cruz, through his attorneys, had previously expressed a willingness to plead guilty to avoid the death penalty.

Prosecutors, in Tuesday's filing, also ask the court to put several provisions in place in the event that Cruz's defense intends to introduce documentation or testimony regarding their client's mental health.

This could certainly come into play as Cruz's defense team has said he battled with mental illness and depression after his adoptive mother died.

From 'broken child' to mass killer

During a previous hearing, a public defender described him as a "deeply disturbed, emotionally broken" young man who is coming to grips with the pain he has caused. Classmates and others who knew him also described signs of mental illness, with some telling media outlets they outright predicted he might one day be a school shooter.

Cruz was arrested shortly after committing the Valentine's Day killings and fleeing the Marjory Stoneman Douglas High School campus among terrified students. Seventeen students and teachers died in the shooting.

The teen confessed to being the gunman, according to a probable cause affidavit released shortly after his arrest.

Tuesday's news comes one day before the one-month anniversary of the mass shooting at Marjory Stoneman Douglas. On Wednesday, students across the nation intend to walk out of schools in solidarity with the Parkland students and to demand tougher gun control laws.