Protests erupt on Georgia Tech campus after student is killed 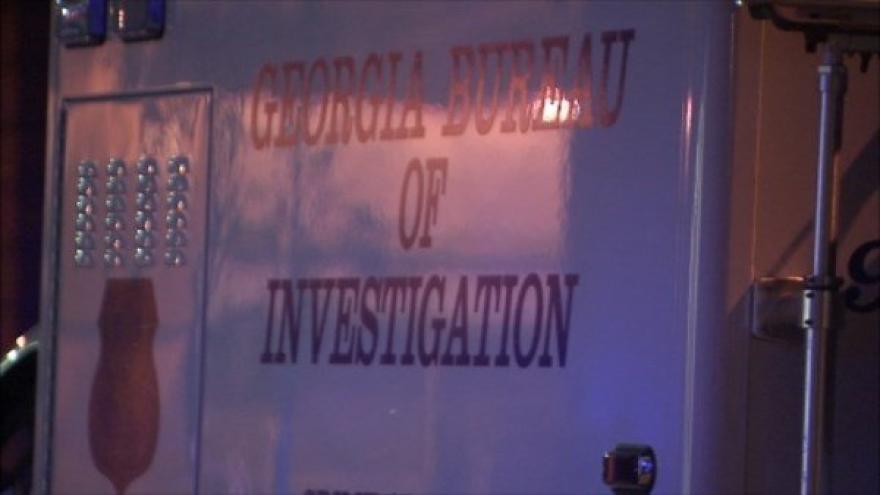 Georgia Tech police urged students to stay inside and lock their doors as violent protests erupted Monday on campus after the fatal shooting of a student by police over the weekend. There was a planned vigil for the slain student on Monday.

A Georgia Tech student who was fatally shot by police made the 911 call that led to the deadly encounter, the Georgia Bureau of Investigation said Monday.

Georgia Tech Police officers responded to a 911 call at 11:17 p.m. Saturday reporting a suspicious person on the Atlanta campus. The caller said the person -- described as a white male with long blond hair, white T-shirt and blue jeans, possibly intoxicated -- was holding a knife and possibly a gun.

The officers encountered Scout Schultz, 21, outside a dorm. The student was barefoot and "disoriented" in the middle of a "mental breakdown," family attorney L. Chris Stewart said. The lawyer -- who has represented the families of other victims of police-involved shootings -- accused the officer who opened fire of overreacting to the circumstances.

Cellphone video shows the officers repeatedly yelling at Schultz to put down the knife and not to move. In the video, after Schultz takes a few steps forward, an officer opens fire.

As allegations of excessive force mounted, Stewart accused Georgia Tech of forcing the narrative that Schultz was a "knife-wielding" threat despite evidence suggesting otherwise.

But the Georgia Bureau of Investigation said evidence showed that Schultz was the caller. Three suicide notes were found in the student's dorm room; no gun was found at the scene and the only knife found was one inside a multipurpose tool, the GBI said.

The shooting prompted mourning across Georgia Tech, where Schultz was known as a leader in the campus LGBTQ community as president of Georgia Tech Pride Alliance.

According to a profile on the group's website, Schultz identified as nonbinary and intersex and preferred the pronouns they, them and their.

"It's tragic that as Scout was battling mental health issues that pushed them to the edge of desperation, their life was taken with a bullet rather than saved with non-lethal force," Stewart said in a statement.

Originally from the Atlanta suburb of Lilburn, Schultz was a fourth-year computer engineering major with a minor in biomedical engineering. Schultz's father said they got a full ride to the top-ranked school and maintained a 3.9 GPA all these years with only two Bs.

The pressures of school and activism weighed on Schultz, who struggled with depression and once attempted suicide, according to Schultz's father, William Schultz and his lawyer. Schultz's father said they spent this summer at home trying to decompress.

The circumstances of Schultz's death prompted calls from campus advocacy groups for more counseling and mental health resources on campus. The need is especially great for transgender and gender nonconforming people, who statistically face higher rates of suicide and depression than the rest of the population, said Sarah Buttons, a mental health counselor board member of Georgia Safe Schools Coalition.

In addition to maintaining high marks in the rigorous engineering program, Schultz faced additional stressors as an activist and community leader who was open with their gender identity, Buttons said.

"Scout was an outspoken leader so it feels in character with this person to not forget how they lived but also... to talk about the circumstances of their death," Buttons said.

"Sometimes, our leaders get really worn down, so how do we make sure our leaders in the community are supported?"

After the shooting, Georgia Tech President G.P. "Bud" Peterson sent an email to the school community promising "opportunities for dialogue" and "additional resources as needed for healing."

"While this is a heart-wrenchingly painful time for the entire Georgia Tech community, it is important to know that all of us here at Georgia Tech are committed to providing a safe and healthy, living and learning environment for all of our students, faculty and staff," Peterson said. "As we work through this tragic event, I encourage you to take advantage of all of the resources we provide here on campus, for mental, emotional, and physical well-being."

A knife or a multipurpose tool?

Stewart, the family's lawyer, acknowledged Schultz's mental health in a news conference before the GBI announced its findings. Stewart cautioned against using Schultz's condition as justification for the shooting, saying the officer's actions underscored the need for better training in encounters with people in distress.

"People have breakdowns sometimes," Stewart said. "That doesn't mean they deserve to die."

Stewart disputed the GBI's initial contention that Schultz was carrying a knife. Footage shot by CNN affiliate WSB after the shooting showed a multipurpose utility tool lying on the ground. Stewart said the multipurpose tool contained a sheathed knife -- the only weapon in Stewart's possession, and accused Georgia Tech of playing up Schultz as a "knife-wielding" threat to justify the shooting.

Stewart said the GBI's confirmation that the multipurpose tool was the only weapon found at the scene supported his point.

"The family now wonders where the narrative came from that Scout was wielding a knife and was a danger to the officers. Scout was holding a closed multipurpose tool, with their arms to their side and simply walking, struggling for their life.

"Their cry for help was met with a bullet."

Stewart has represented the families of other victims of police-involved shootings, including Alton Sterling and Walter Scott. He credited most of Georgia Tech officers with responding effectively by attempting to deescalate the matter. One officer, however, either was not properly trained or "lost patience" and opened fire without facing an immediate threat, Stewart said.

"Why did you have to shoot? That's the question. That's the only question that matters now," William Schultz said. "Whatever happened shouldn't have ended in a death."

A student's cellphone video captured from a dorm room across the street shows the confrontation play out in the brightly-lit entrance to a parking garage. At least two officers have their guns drawn as Schultz walks toward them with their arms down.

A knife is not visible in the cellphone video seen by CNN.

"We are all deeply saddened by what has occurred," the Pride Alliance said in a statement on its website. "They have been the driving force behind Pride Alliance for the past two years. They pushed us to do more events and a larger variety events, and we would not be the organization we are known as without their constant hard work and dedication. Their leadership allowed us to create change across campus and in the Atlanta community.

The group planned an on-campus vigil for Schultz on Monday night.