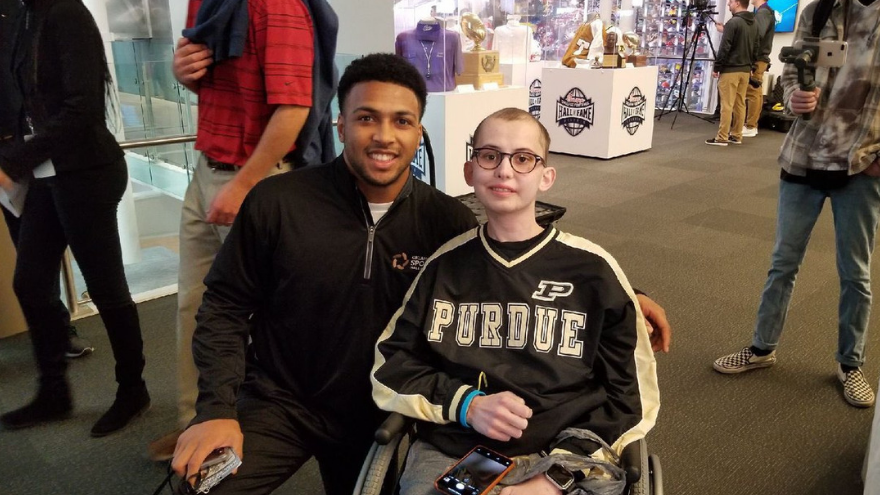 INDIANAPOLIS (AP) — A former Purdue University student who inspired many as he battled cancer while cheering on Purdue's football team will be laid to rest.

Tuesday's funeral service for Tyler Trent will be livestreamed from College Park Church in Indianapolis.

Trent was 20 when he died Jan. 1 following a battle with a rare bone cancer he was first diagnosed with at age 15.

He entered Purdue in the fall of 2017 while undergoing chemotherapy and gained national attention during 2018 by becoming the adopted captain of the Boilermakers football team.

Trent became a social media star with his positive attitude and determination to live every day to the fullest.

He earned an associate degree in computer information technology from Purdue, which will hold a Wednesday evening memorial honoring him .