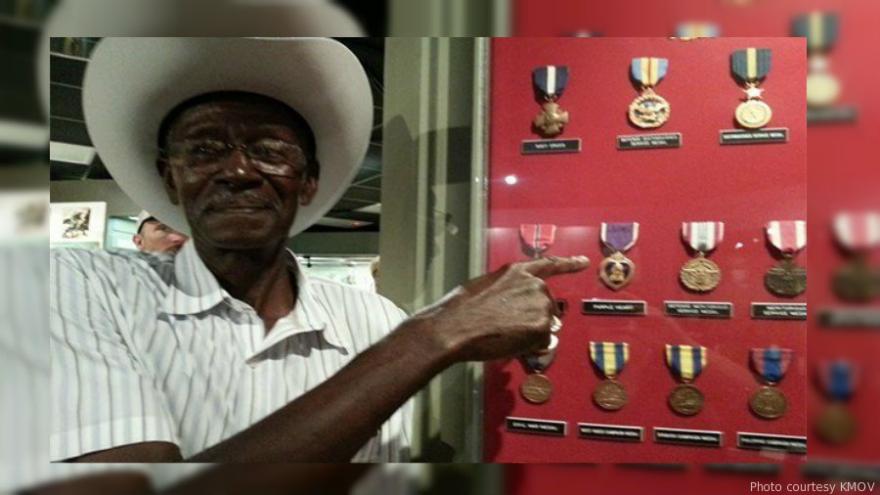 EAST ST. LOUIS, IL (KMOV) -- A lost honor is finding its way back to a veteran’s loved ones more than 20 years after it was lost.

“He was a good and kind man, and I just loved him,” said Tommie Turner, who regularly reflects on his late brother-in-law, Willie Riley.

Riley was a husband, father, grandfather and an American hero, serving our country during the Vietnam War. He was awarded a Purple Heart and four Bronze Stars for his bravery on the battlefield in 1968, but the military medal has been missing for over 20 years and his family has been searching for it ever since.

Riley passed away in 2016 and his medal recently resurfaced. The Illinois State Treasurer’s Office said it was found inside his late sister’s safety deposit box.

“I had no idea that this was even going to happen,” said Turner.

Turner said his wife received the award from Riley for safe-keeping, but it somehow was forgotten about.

Turner, who is also a veteran, will accept the recovered award on his late brother-in-law’s behalf from Illinois State Treasurer Michael Frerichs Monday morning at the East St. Louis City Hall.

“It’s going to be a blessing,” said Turner.

“Oh my gosh, he’s been looking for that for I don’t know how long,” said Lori Riley. “That’s one of the things he wanted before he died and I can’t believe it was found, incredible.”

Riley’s widow, Lori, was brought to tears when she was informed that the lost treasure would soon be returned.

“This is surreal, I can’t believe it,” said Riley.

Turner believes his late brother-in-law would be happy to know his honor is on its way back home.

“He would be overjoyed, I’m pretty sure,” said Turner.