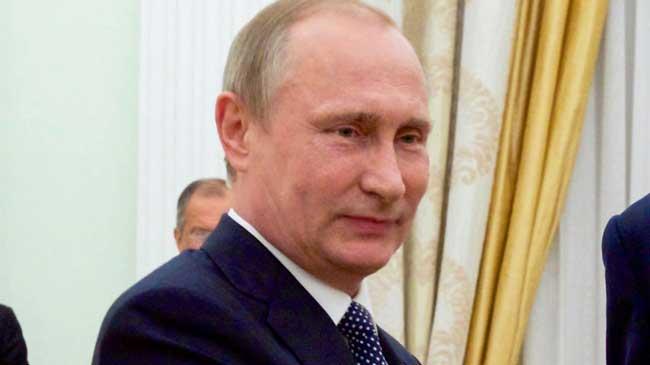 MOSCOW (CNN) -- Russian President Vladimir Putin said Friday that Moscow will not expel American diplomats in response to US sanctions against Russia.

Putin said he would not pursue "irresponsible diplomacy" and would instead attempt to rebuild relations with Washington after the inauguration of US President-elect Donald Trump.

However, Putin said that Russia reserved the right to respond to the new US sanctions, which included the expulsion of 35 diplomats from the US. The Obama administration said the measures were in response to allegations that Russia had meddled in the 2016 US presidential election.

"Further steps towards the restoration of Russian-American relations will be built on the basis of the policies carried out by the administration of President Trump," a Kremlin statement said.

Putin's decision was the culmination of a hectic 18 hours in US-Russia relations:

• Thursday afternoon in Washington: The Obama administration said it would expel 35 Russian diplomats and close two Russian compounds, in response to what it said was Russian interference in the US presidential election campaign. The diplomats and their families were given 72 hours to leave the country. The administration also ordered the closure of two compounds used by Russia: one in Maryland, and one in New York.

• Friday morning in Moscow: Russian Foreign Minister Sergei Lavrov recommended that the Kremlin expel 35 US diplomats in return. He also recommended the shuttering of two American facilities in Russia.

• Later on Friday in Moscow: In a statement from the Kremlin, Putin adopted a more magnanimous tone, saying that no-one would be expelled from Russia and that he would await the inauguration of Donald Trump as US President before taking any further action. "We will not create problems for US diplomats. We won't expel anyone. We won't forbid their families and children to use their usual recreation places during the New Year's celebration," said Putin. He also invited the children of US diplomats in Russia to Christmas and New Year's shows in the Kremlin.

Russia was sending a plane to bring its diplomats and their families back from the United States, the Russian Embassy in Washington tweeted.

By declining to match the move made by Washington with tit-for-tat measures, as a Russian president normally would do, Putin is really issuing "an enormous insult" to Obama, she said.

Putin's move also represents a huge challenge to Trump, Dougherty said, because he will come into office "having Vladimir Putin essentially reach across the divide and say 'let's do this together, let's just ignore all of this and go forward'."

Dougherty added, "It's an amazing move and it's classic Putin, I would have to say -- he's a master of doing things that are unexpected, and this is truly unexpected."

Former CIA operative Bob Baer told CNN he believed Putin was playing a covert game intended to weaken the incoming US President and his country.

"I've never seen the Russians ever try to manipulate American politics like this, and so successfully, because not expelling the American diplomats right now for me is an attempt to delegitimize the new president, Trump," Baer said.

"The fact that (Putin) is saying, 'look, Trump is our guy, I can get along with him, I'm going to ignore the president' -- this just fuels the conspiracy theories that Trump is the Manchurian candidate,' and there are people on the left who believe it."

A US State Department official told CNN: "We have seen President Putin's remarks. We have nothing further to add."

The Obama administration's announcement of sanctions marked a new low in what have become increasingly frosty relations between Russia and the United States.

It described Russia's actions as "Significant Malicious Cyber-Enabled Activities" and, in addition to the diplomatic expulsions, sanctioned four Russian individuals and five Russian entities for what it said was election interference.

"Russia's cyberactivities were intended to influence the election, erode faith in US democratic institutions, sow doubt about the integrity of our electoral process, and undermine confidence in the institutions of the US government," a White House statement said. "These actions are unacceptable and will not be tolerated."

The Obama administration also claimed its diplomatic personnel had been harassed in Russia.

'Not just an unfriendly act'

Before Putin's statement, there had been a scathing response from Russia to Washington's moves.

Posting on his official Twitter and Facebook accounts, Medvedev said, "Sadly, the Obama administration, which began its life with the restoration of cooperation, ends it in anti-Russian agony. RIP."

Russian Foreign Ministry spokeswoman Maria Zakharova, on her personal Facebook page, dismissed the Obama administration as "a group of vindictive, unimaginative foreign policy failures," with the exception of US Secretary of State John Kerry.

Trump, who is due to take office in only three weeks' time, has signaled a desire for warmer relations with Russia.

While the US intelligence community has publicly stated Russia was behind hacks of political organizations and persons in the United States in the run-up to November's election, Trump has largely rejected the notion.

A top aide to Trump, Kellyanne Conway, speculated Thursday that the Obama administration's sanctions could have been intended to "box in" his successor over Russia.

A senior Obama administration official acknowledged Thursday that Trump could reverse the sanctions by executive order, but added, "I don't think it'd make a lot of sense."

Senior Republicans in Congress have backed the measures against Russia, even while criticizing Obama's handling of foreign policy -- signaling a potential split with Trump on the issue.