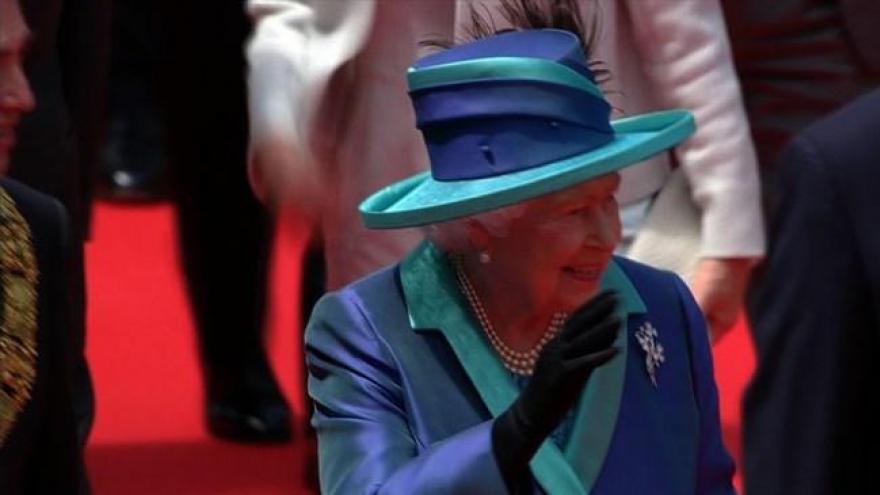 Her Sapphire Jubilee is being marked with ceremonial gun salutes at London's Green Park and the Tower of London, and in several other locations across the United Kingdom. The bells at Westminster Abbey in central London will be rung at 1pm in honor of the occasion.

A photograph taken by British photographer David Bailey in 2014 has been reissued to celebrate the anniversary. In the photo, the Queen is wearing sapphire jewelry that was given to her as a wedding gift by her father King George VI in 1947.

The photo was originally taken for the GREAT Britain promotional campaign, which launched soon after the Queen's Diamond Jubilee celebrations, marking 60 years of her reign.

The Queen has no public events planned for the anniversary, and will instead spend the day at Sandringham, her country retreat in eastern England, according to a palace spokeswoman.

It was on February 6, 1952 that the Queen's father died and the 25-year-old princess ascended to the throne.

The Queen became Britain's longest reigning monarch in September 2015, after 63 years and 216 days on the throne, surpassing the record set by her great-great-grandmother, Queen Victoria.

Despite relinquishing some of her royal duties to other members of the family, she has continued to maintain an active public presence, appearing in a striking neon green outfit at her official 90th birthday celebrations in June 2016.

The then-Prime Minister David Cameron paid tribute to the Queen during those celebrations, describing her as "a rock of strength for our nation" throughout her reign.

A "heavy cold" prevented the Queen from attending church over the Christmas and New Year period, but she has since recovered, attending a service on January 8 and making an official visit to an exhibition about Fijian art and life in Norwich, near Sandringham, later the same month.