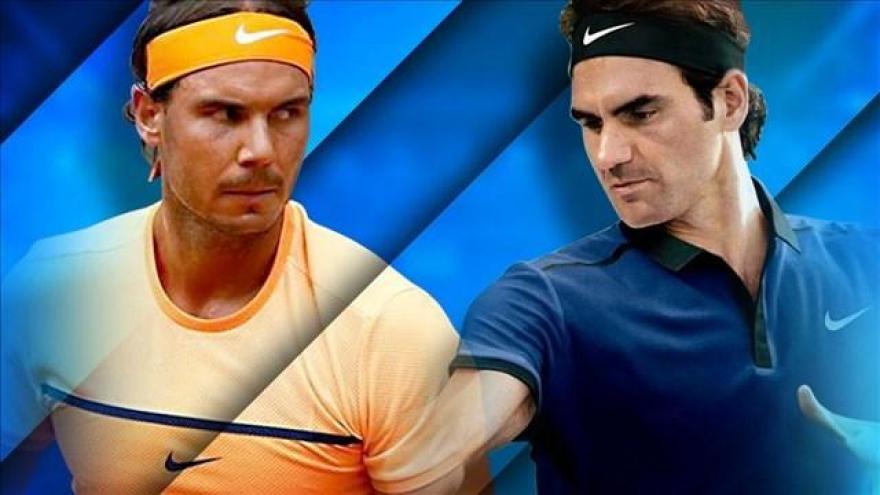 MELBOURNE (CNN) -- The Australian Open men's final is one everyone hoped for -- but few expected.

Rafael Nadal and Roger Federer -- old adversaries, behemoths who own a combined 31 majors -- will meet in a grand slam final for the first time in six years.

He secured a crucial break in the fifth set's ninth game and although Dimitrov saved two match points, an overhit shot from the Bulgarian 15th seed allowed Nadal to progress to his 21st grand slam final.

Tournament director Craig Tiley said tennis was lucky to have two dream Australian Open singles finals, with two other legends of the sport -- sisters Serena and Venus Williams -- competing against each other in Saturday's women's final.

"Having Rafa win it and get to play Roger, this match is going transcend tennis enthusiasts, transcend the sport, go to the mainstream community of people that like a good battle and I think we're going to see that on Sunday," Tiley told CNN.

Before the tournament, one prominent bookmaker was offering odds of 5,000-1 on Federer, Nadal, Serena and Venus reaching the finals.

"Let's enjoy this because it probably will not happen again," a smiling Nadal said of the two finals.

Advances in sports science, the Australian Open's place in the calendar -- it's the first major of the season, players are usually the freshest -- and the quartet's familiarity with playing on the hard courts in use at Melbourne Park help explain why the thirtysomethings are flourishing.

Oh, and they are pretty good, aren't they?

'It was a great fight'

Beset by a wrist injury in 2016, not to mention other ailments in recent years, Nadal hadn't progressed to a grand slam final since winning the 2014 French Open.

The 30-year-old described last season as "tough" and admitted he cried on his return journey to the hotel following his third-round injury-enforced withdrawal at his beloved Roland Garros, where he has won a record nine titles.

"I never say never because I worked very hard to be where I am," he said Friday. "I really have been working very hard and very well."

His uncle and longtime coach Toni Nadal said the left-hander -- who suffered knee problems earlier in his career -- had shown once again he can come back from serious injuries.

"This time was bit more difficult because the problem was in his hand, and this is a big problem," the coach added.

The former world No. 1, now ranked ninth, had to dig deep against an impressive Dimitrov, who hit 79 winners and refused to cave in against the 14-time grand slam champion.

Down 15-40 on his own serve in the deciding set's eighth game, Nadal was in trouble but he began to play more aggressively to secure a hold which proved to be the match's turning point.

"I think Grigor played great. I played great. We had a great quality of tennis. For me, it's amazing to be through to the final of a grand slam again here in Australia," said Nadal, who will be playing in his fourth Melbourne final.

"I think both of us deserve to be in that final. It was a great fight. I feel lucky," the 2009 champion added.

Dimitrov had entered the semifinal riding a 10-match winning streak, seemingly playing the best tennis of his career.

Often cited as being the former boyfriend of former world No. 1 Maria Sharapova, the 25-year-old -- labeled "Baby Federer" as a young pro -- maintains that on this form his tennis, rather than his private life, will garner more of the headlines.

"He's definitely made a name for himself and his taken his game to another level," tournament director Tiley added.

Nadal vs. Federer: Who is the favorite?

The stats indicate that Nadal, five years the junior of the 35-year-old Federer, is the favorite to succeed before an expected packed house at Rod Laver Arena.

Nadal, however, dismissed suggestions that his superior record will hold any sway over Sunday's outcome.

"It's special. We have not been in that situation for a while so that makes the match different. I really don't think about what happened in the past."

Many of Nadal's wins over Federer have come on clay, where he has a 13-2 advantage, but on hard courts such as those used at the Australian and US Opens, the margin is narrower: 9-7. The speed of Melbourne's blue courts should aid Federer's cause.

And while Nadal was embroiled in a near five-hour scrap with Dimitrov, Federer was able to rest after beating Stan Wawrinka in another five-set semifinal Thursday.

Will Federer's extra day of recuperation have an impact on Sunday's outcome? When Nadal defeated Federer in the 2009 Australian Open final, he did so on the back of a five-hour semifinal. However, neither player is as physically prime as they were then.

Nadal said it was "not a problem" that the men's semifinals were played on different days.

"First of all, I need to sleep," he said." That's the first thing that is important for the recovery. After that, I try to do all the things the right way to be ready for Sunday."