Ratko Mladic guilty of genocide, sentenced to life in prison 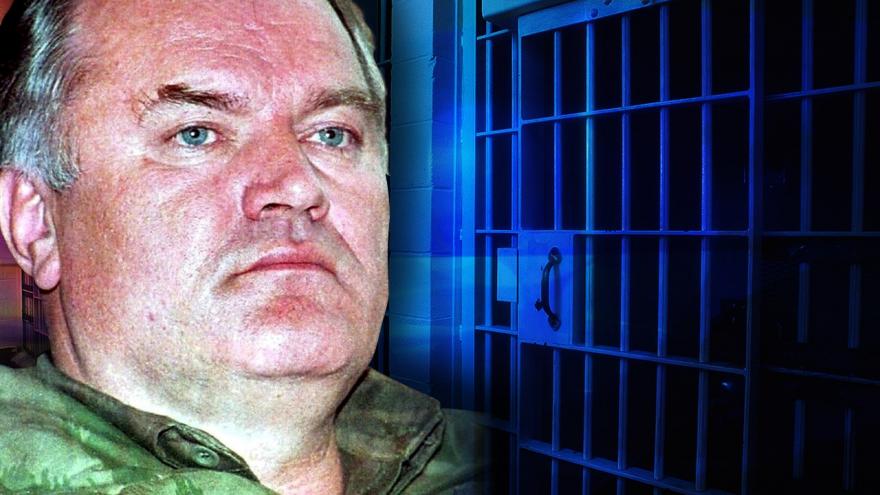 CNN — Former Bosnian Serb wartime army leader Ratko Mladic has been sentenced to life in prison Wednesday after being found guilty of genocide over atrocities committed during the Bosnian war from 1992 to 1995.Verdict proceedings had been interrupted earlier when the 74-year-old's legal team claimed that his blood pressure was too high to continue.

Mladic was charged with two counts of genocide, and nine crimes against humanity and war crimes for his role in the conflict in the former Yugoslavia from 1992 to 1995, during which 100,000 people were killed and another 2.2 million displaced.

He was found not guilty on one charge of genocide.The trial, which opened in 2012, took place at the International Criminal Tribunal for the former Yugoslavia in The Hague, Netherlands.

The ad-hoc court was established to prosecute crimes committed during the Balkans conflict.Mladic was accused of orchestrating a campaign of ethnic cleansing, including the slaughter of thousands of Muslim men and boys at Srebrenica in July 1995. It is the worst massacre to have taken place in Europe since the Second World War.

Mladic had previously referred to the court as "satanic" and labeled the charges against him as "obnoxious."