Realty sign lost during Superstorm Sandy ends up in France 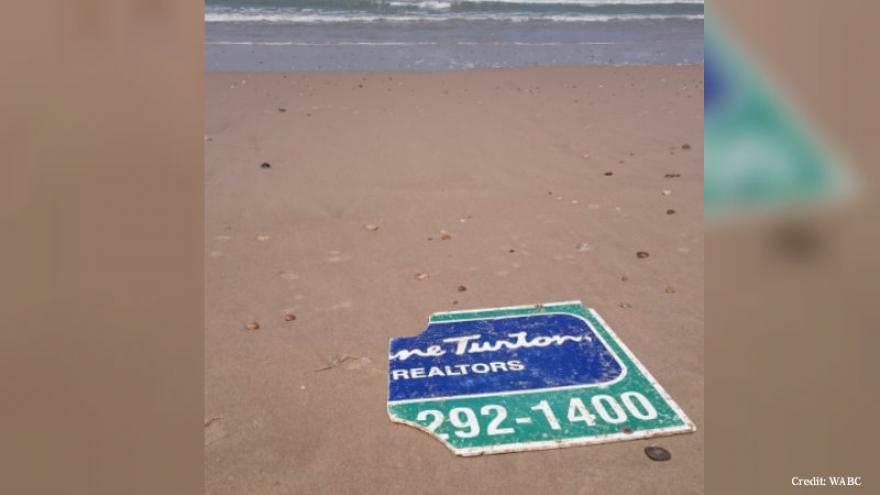 POINT PLEASANT BEACH, N.J. (AP) — A New Jersey realty company says that one of its advertisements lost during Superstorm Sandy in 2012 has been found washed up on a French beach.

Diane Turton Realtors, a company headquartered in Point Pleasant Beach, shared photos of the sandy sign on Facebook Wednesday. Sixty-four-year-old Hannes Frank tells The New York Times that he sent an email to the realty company after he found the sign washed up near Bordeaux, France.

Company manager Perry Beneduce says the sign was posted at a waterfront listing in Brielle before it was lost during Superstorm Sandy. Beneduce notes the listing itself was not damaged and sold the next spring.