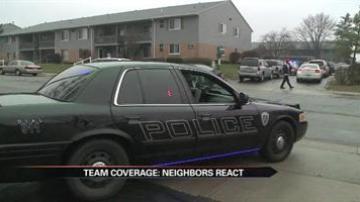 SOUTH BEND, Ind. -- An armed robbery and a standoff happened just days apart on Portage Road in South Bend. Some neighbors say they are starting to get concerned about the recent crimes.

Tyler Dean lives just down the block from Indian Springs Apartments where police last saw the suspect that led them on a high speed chase.

“I definitely see a problem over there. That’s for sure,” Dean said.

Just last week, someone robbed the Phillips 66 next door.

“I have two small children and even if I didn’t have kids and wouldn’t be okay with me,” said Dean.

That is why after just three years Dean and his family have decided to move.

He said, “I definitely notice a police presence over there. More than I’d like, living as close as I do.”

And they are not the only family moving away. Dean said several neighbors have moved in recent months and wouldn’t be surprised if nearby crimes were to blame.

But some neighbors like Wallace Cole are not worried.

“I’ve lived here over 10 years and those incidents seem to be isolated or they’re in that area only. It hasn’t crept into my neighborhood,” said Cole.