Record breaking rainfall to start off the month of October 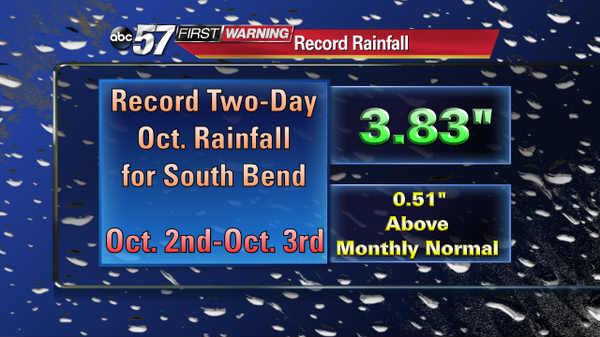 It's only the first week of October and we've already shattered records.  From October 2nd through October 3rd, we received 3.83 inches of rain, breaking the two day October rainfall record for South Bend.  This breaks the previous record of 3.77 inches set back in October of 1988.

With this rainfall, we are propelled to 0.51 inches over the normal amount of precipitation for the entire month of October, and we still have three weeks left in the month.

If you want more information on records set in South Bend and the surrounding area, be sure to check out the National Weather Service's page here.