Record highs return to the West

This week, another heat wave will overtake the West Coast of the United States. A strengthening, upper-level ridge of high pressure will build over California, Nevada, and Oregon, making high temperatures soar into the 110s in some spots. Excessive Heat Watches and Warnings have already been posted from San Francisco and Sacramento into the western half of Oregon. Even the state of Washington is getting in on the dangerous heat. 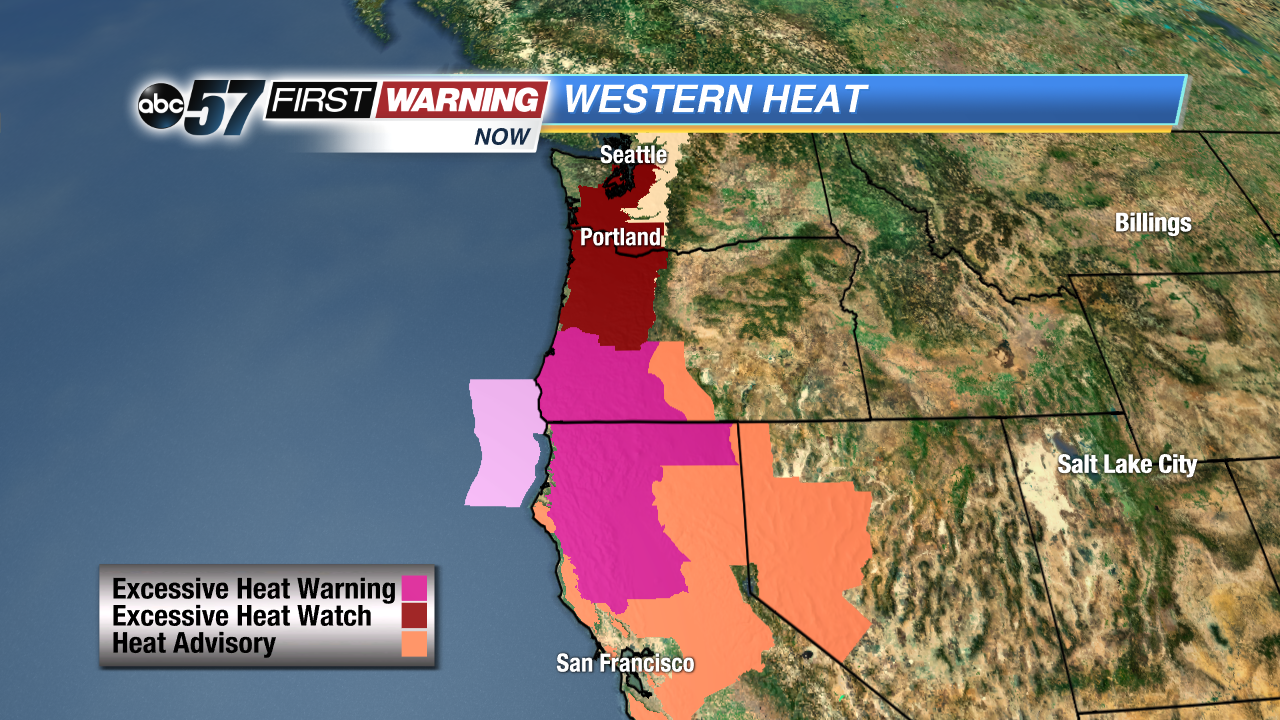 Excessive Heat Watches cover areas that do not usually see this kind of heat.

Cities in the Pacific Northwest, such as Seattle and Portland, Oregon will see their high temperatures climb to near record-high marks. By this Wednesday, some locations could even break all-time record highs. Seattle's forecasted high Wednesday is 92 degrees, which would shatter the 89-degree record set back in 2009. Portland is also set to break their record on Wednesday as highs are expected to hit 105 degrees, breaking a record of 100 set back in 1939. 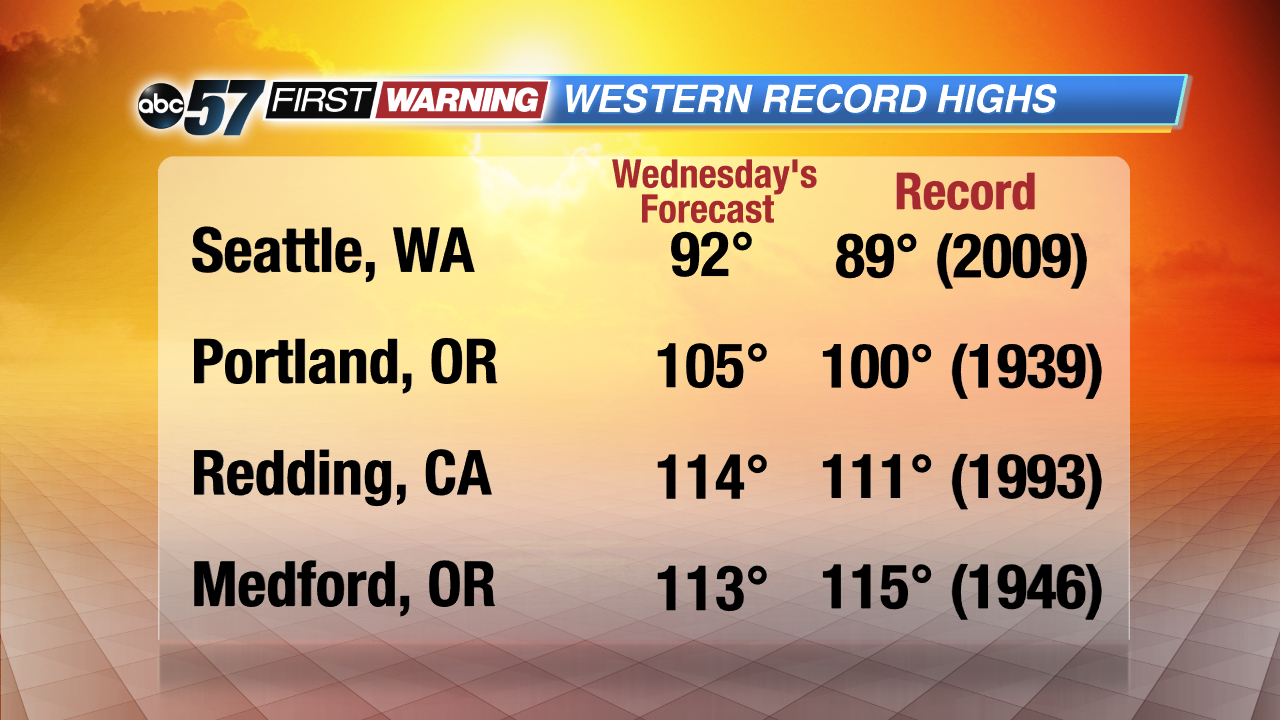 Record-breaking heat is coming for the West Coast by late week.

All that heat out west means much cooler temperatures for Michiana by the end of the week. As the ridge builds, the jet stream will dip well to the south of Michiana, allowing cooler Canadian air to filter in. Highs by Friday will struggle to climb into the middle 70s as shower and thunderstorm chances also increase.