It's truly been an incredible past 12 months, not only for us in Michiana, but for anyone east of the rocky mountains. From extreme snowfall in the Northern Great Plains this past winter to massive amounts of rainfall across the Midwest and Ohio River Valley during the Spring, there's just been too much water falling on the United States so far this year. And records are being shattered because of it. From June 2018 to May 2019, record amounts of rainfall have fallen in almost every state in our region. Indiana had the wettest 12-month period from June 2018 to May 2019. Ohio and Wisconsin did as well and Illinois and Michigan weren't far away. 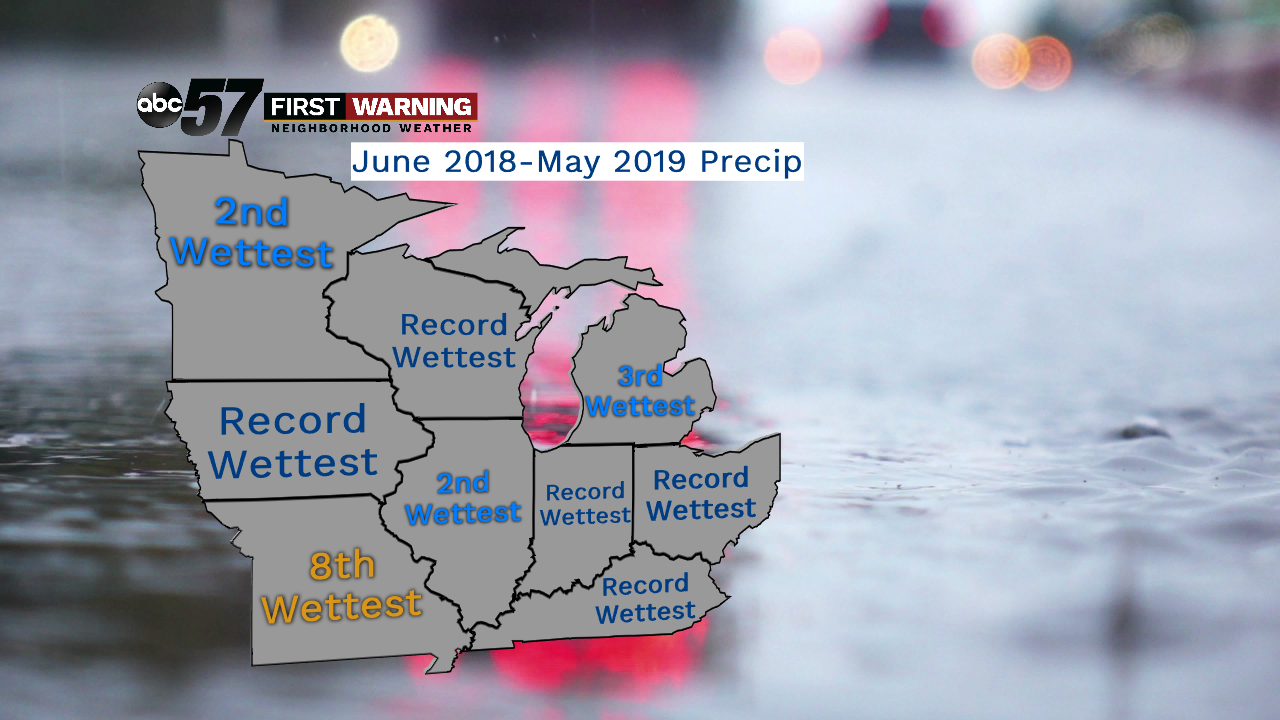 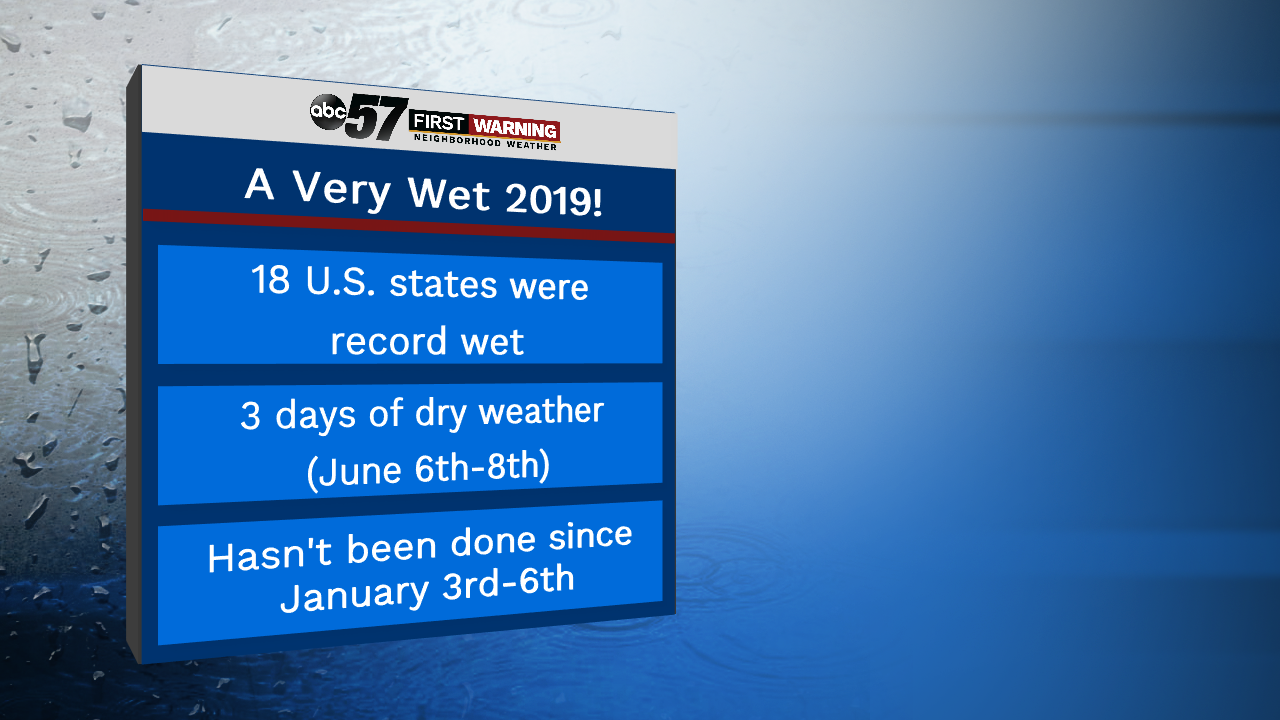 In fact, 18 out of the 50 states were record wet and the United States, as a country, had its wettest 12-month period over the same span. And, unfortunately, the forecast still includes rain chances in the forecast. We finally had three straight days last Thursday through Saturday, and that's something we haven't done since early January. 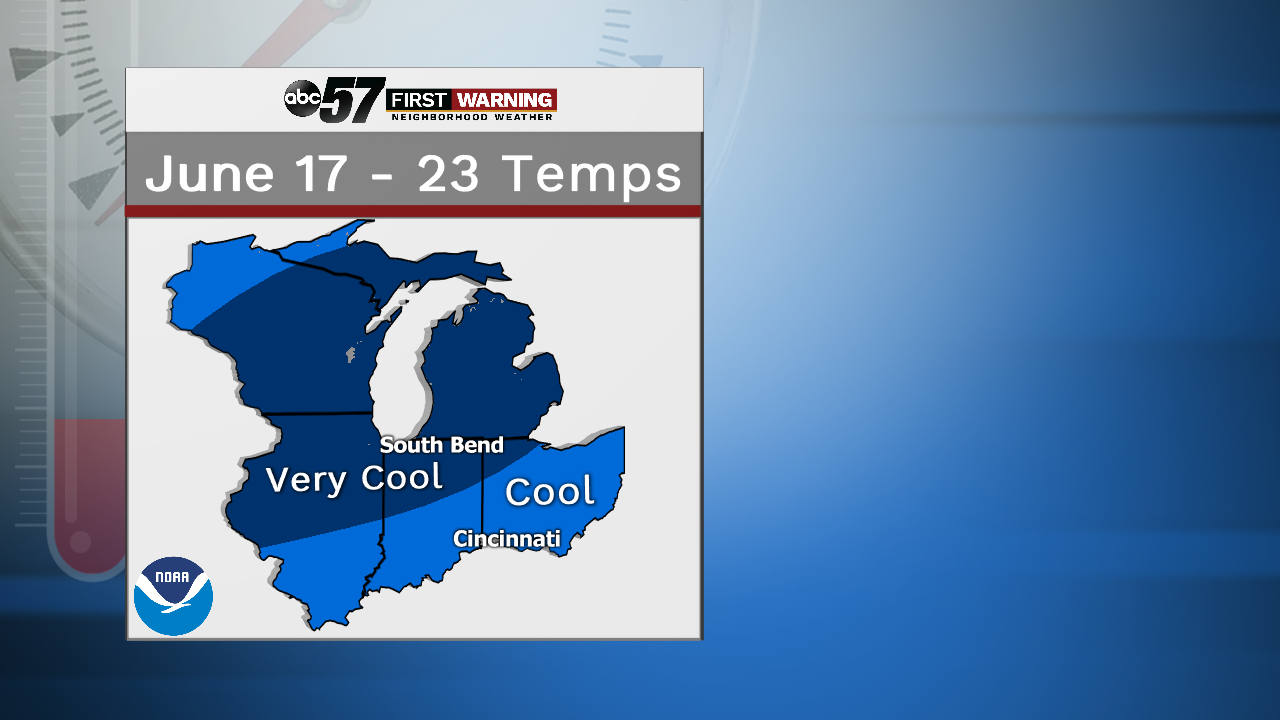 Now, if you're a fan of the summer heat or consistent 80-degree highs and sunshine, this hasn't exactly been the best start to the season for you. Cooler and wetter weather has dominated our 10-day forecasts for a long time now (pretty much all of 2019) and the cooler temperatures will likely stay in our forecasts for the next few weeks. This week is staying on the cooler side and, next week looks to be much of the same. An early look at the 17th through the 23rd shows the cooler air hanging around the entire region as well. 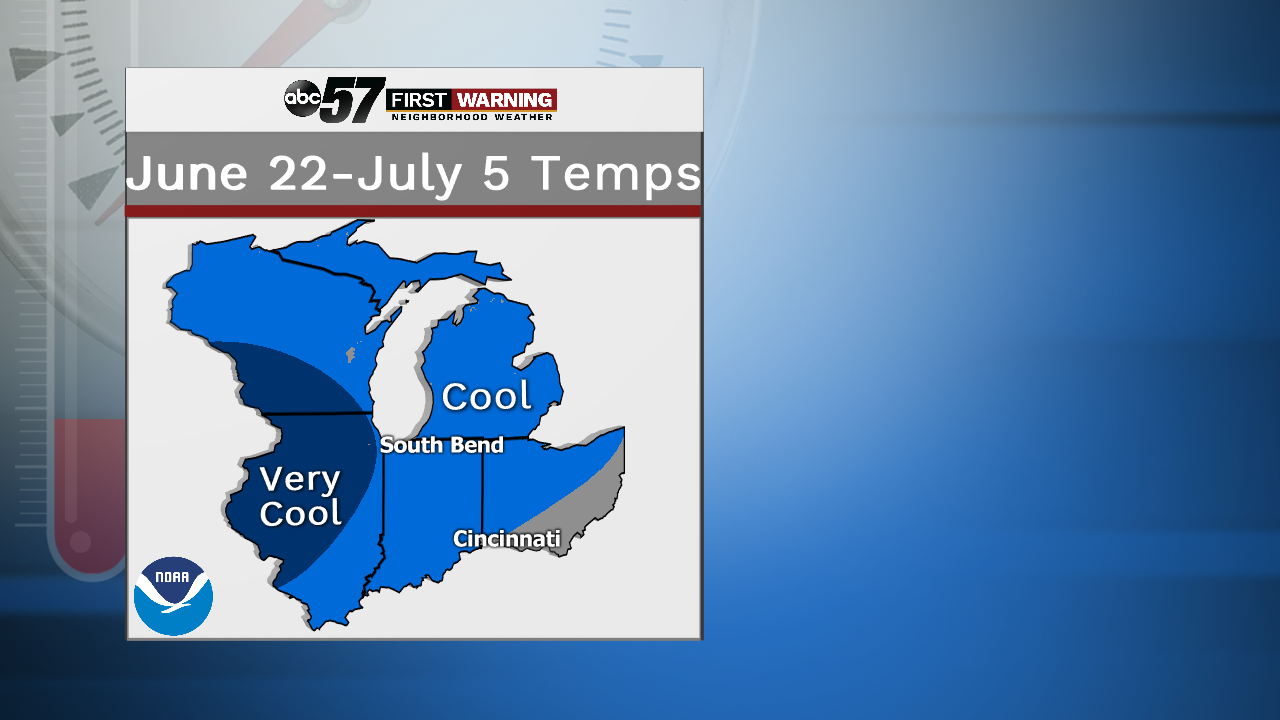 Looking farther into the tail end of June and possibly early July, there's still a really good chance of the 80s staying away. By that time, we are typically in the low to mid 80s and even seeing the 90s for a day or two. As of right now, that doesn't look likely at all. So, if you're a fan of the 70s, odds are, you're going to really enjoy the next few weeks.