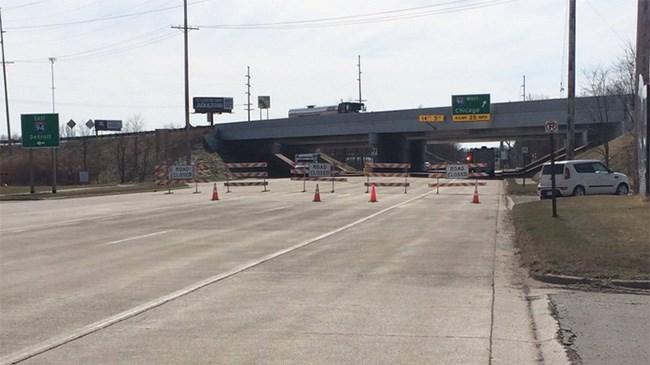 The driver of a Chevy Impala struck a utility pole along the south side of Red Arrow Highway near I-94 just after 11 a.m. Friday morning.

Police said the driver, a 25 or 26-year-old male, died in the crash and a child in the car was injured.

"[The] six-year-old passenger has been transported to Kalamazoo and her condition is unknown at this time," Bridgman Police Sergeant Tom Lavanway said.

Police don't yet know what caused the crash, but the vehicle was traveling fast enough to break a large utility pole into three pieces, bringing multiple power lines down onto the road.

Indiana Michigan Power arrived at the scene Friday afternoon and began cleaning up the damage and restoring power that was knocked out by the multiple downed lines.

"I do know McDonald's is out and the BP [gas station] is [without power]," Lavanway said. "We've let Bridgman schools know for dismissal, for their buses, to take an alternative route."

Police said Friday afternoon that clean up could take at least eight to 12 hours, meaning a large stretch of Red Arrow Highway - from Rambo Road down to Browntown Road - will remained closed throughout the evening.