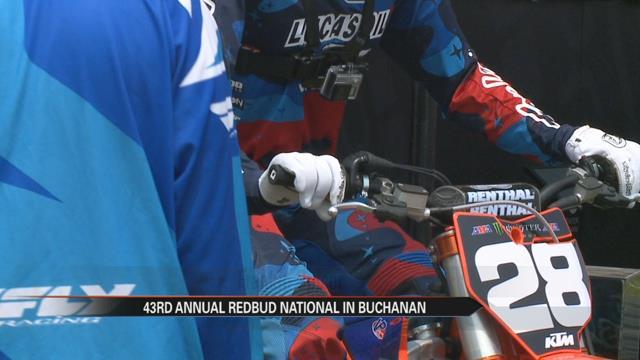 There were over 20,000 fans and riders at Saturday’s event, marking the seventh round of the 2015 Lucas Oil Pro Motocross Championship.

One of those racers is Frankie Spicer. Originally from Indiana, Spicer moved to Florida to train. But he flew back for this event.

Troyer said people flock to this event because, “in the sport of motocross, it’s like going to Disney World.”

And Spicer agrees, “I don't want to be anywhere else but here on July 4th!”