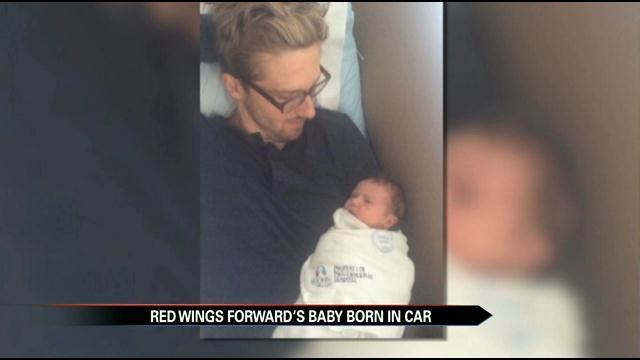 Helm was falling asleep after the team's game Sunday when his girlfriend woke him up.

Their second child wasn't waiting around though, the baby girl showed up a week ahead of her due date.

So Helm got in the car and drove his girlfriend to the hospital.

About five minutes away, Helm heard his girlfriend screaming in the backseat.

She then gave birth inside the couple's car on I-96.

"It was all her, all by herself. It was just me in the car. She was able to take care of business herself," said Helm.

Rylee Klaire and mom are both healthy and back at home.

Helm said it will be the most intense moment of his life.