Refugees become first-time voters in the US 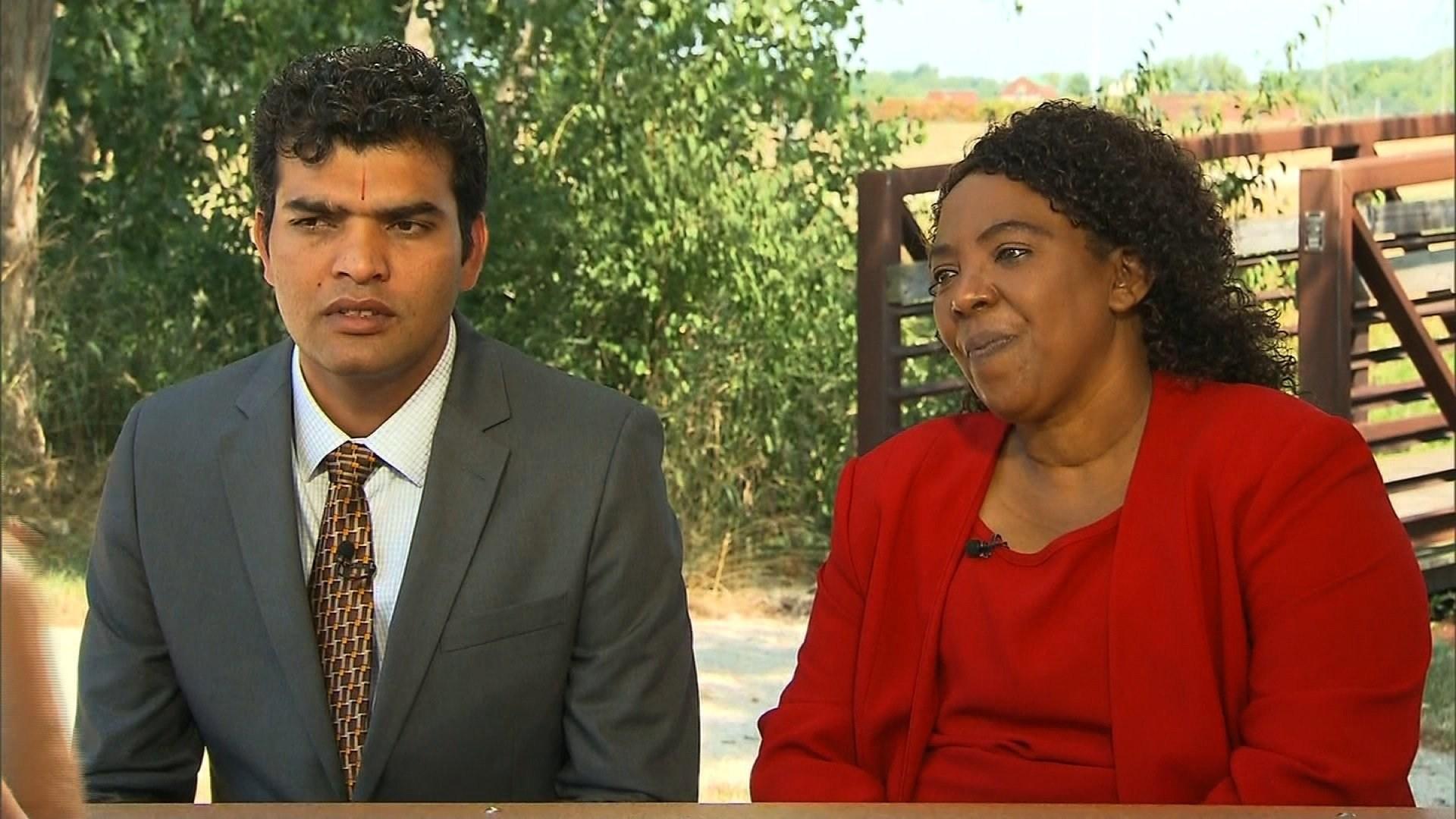 (CNN) -- Bhuwan Pyakurel talks about his time living in a Bhutanese refugee camp in Nepal as if it were only yesterday.

Yet perhaps it's not hard to -- he spent 18 years there before coming to the United States in 2009.

The most harrowing part of his time as a refugee, Pyakurel says, was being confined to a hut from dusk until dawn, 24 hours a day, every day, for years.

"Life in the refugee camp was very difficult in many different ways," Pyakurel said. "The biggest problem is you are not allowed to work."

Sitting down with CNN's Alisyn Camerota in Cleveland, Ohio, Pyakurel, along with Norah Bagirinka, a genocide survivor from Rwanda, spoke of new beginnings after resettling and naturalizing in the United States.

For both, this November will perhaps be the pinnacle of their American experience: They will cast their first vote to elect the next leader of a nation both say has given them a newfound sense of safety and an opportunity for a new life.

Pyakurel was one of several thousand minority Hindus evicted from their home nation of Bhutan because of the government's ethnic cleansing policy -- one borne on the tenets of a singular national race and religion.

Norah Bagirinka, a refugee originally from Rwanda, understands Pyakurel's experience. She, too, felt the horrors of violence when she was caught in the crossfire of the Rwandan genocide.

Living amidst unrelenting bloodshed and political tension, Bagirinka's home nation of Rwanda became an impossible place to live or raise a family.

"I had lost most everyone during the genocide and after ... I barely survived," Bagirinka told CNN. "As a single mother with three sons, it wasn't easy. It's very hard even ... to put food on the table."

Coming to the United States was not an easy journey.

"It's a very intense screening process," Pyakurel said. "First you have to apply for it. Then you had to wait, because they will do the study and they will do the background check of the people who had applied for resettlement."

After an arduous application process, both Pyakurel and Bagirinka were greenlighted to come to the United States.

"When I came to America ... I felt safe," Bagirinka said. "I said, 'At least I have a country where I can sleep, and where in the long run maybe my sons will come and have a future.'"

Bagirinka founded Refugee Women in Action, a nonprofit based in Columbus, Ohio. She has also worked as a translator and interpreter for the award-winning documentary "God Sleeps in Rwanda," melding her own experiences with her professional pursuits.

Pyakurel now works as an interpretation service coordinator. In his spare time, he works in his community to raise safety awareness and increase parent engagement in school systems.

'That vote can be my voice'

Pyakurel, who became a naturalized citizen in 2015, and Bagirinka, who is weeks away from becoming a citizen, are first-time voters and will go to the ballot box come November.

In this election cycle, Republican presidential nominee Donald Trump has reignited the conversation about who should be allowed into the United States. Both Pyakurel and Bagirinka have a message: Look at us, we're examples of how refugees can effect positive change in American society.

"I would strongly recommend and request in fact, them to come to our house and talk to us and see," Pyakurel said. "I am working, I am contributing to this community, and every single day I am doing exactly the same thing all other people in this county are doing."

Exercising their right to vote in a democratic general election will be a first for both of them.

"It will mean to me that I have a voice," Bagirinka told CNN. "That I can speak out for myself, and as well speak out for the communities that I've been helping for the last 11 years."

And for a select few, like Pyakurel and Bagirinka, who are fortunate to catch a glimpse of the American dream, their experiences can be defined by the smaller, poignant moments found in everyday life that are often taken for granted.

"Every morning, when people ask me in the morning, 'How are you?' I say, 'Perfect,'" Pyakurel said. "Because there's no complaint from me. American means I belong to this land. This is my country. This soil belongs to me, and I belong to this soil."