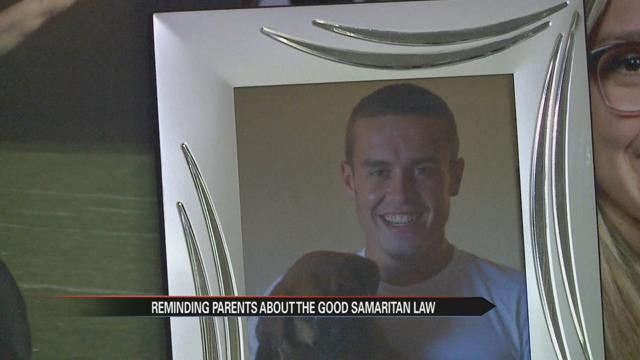 With New Year ’s Eve approaching, a Michiana mom is asking all families in the community to keep in mind a law that was inspired by her son's tragic death.

Mason Mizwicki was 16, just one month away from his 17th birthday when he passed away on New Year’s Day 2015 after overdosing on methadone.

Now, his mother Lori is reminding parents and their children to make the call.

The law was inspired by the death of Mizwicki’s son, Mason, and exempts anyone under 21 from prescription drug related charges if they are reporting an emergency connected to the abuse of a drug.

A year later, the law was expanded to include any age, any drug.

Now the anniversary of Mizwicki’s darkest day is approaching and she’s using this opportunity to make other families aware of the law inspired by her son.

“We worked very hard so that this law has been in enacted and enabled by Rep. Pscholka were not condoning the use of drugs but what we’re saying is no family should have to go through what my family’s been through, know the law make the call save a life,” said Mizwicki.

Lori says a lot of good has come out of the Good Samaritan law.

She says she’s received an outpouring of messages on social media letting her know the law has already saved many lives.