Remington, one of America's oldest gun makers, files for bankruptcy 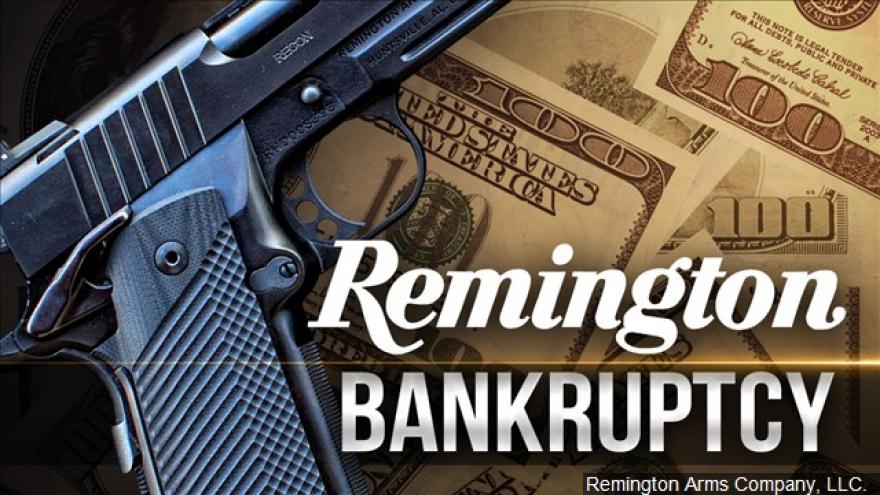 Remington plans to keep on making guns. The company said, when it first announced its plan to file for bankruptcy in February, that operations \"will not be disrupted by the restructuring process.\" Photo courtesy Remington Arms Company, LLC.

The bankruptcy filing allows Remington to stay in business while restructuring its massive debt. The company has been planning to reduce its debt by $700 million through the Chapter 11 process and contribute $145 million to its subsidiaries.

Remington plans to keep on making guns. The company said, when it first announced its plan to file for bankruptcy in February, that operations "will not be disrupted by the restructuring process."

Founded in 1816, Remington is one of the oldest and best-known gun makers in the world. It's owned by Cerberus Capital Management, which plans to shed ownership once the bankruptcy is complete.

Remington is headquartered in North Carolina. It makes a variety of handguns, shotguns and rifles at its sprawling 19th-century factory in Ilion, N.Y.

Its products include the Bushmaster AR-15-style rifle that was used in the 2012 mass shooting in Newtown, Connecticut. The company has been sued by family members of the Sandy Hook victims.

An attorney from the law firm representing those family members said it does not expect the bankruptcy filing to affect its clients' case "in any material way."

The company also settled a class action lawsuit a few years ago regarding allegations of defective rifles.

The gun industry as a whole has suffered plunging sales and profits under the Trump administration, because consumers are no longer driven by fears of more restrictive gun control with a Republican in the White House who's been endorsed by the National Rifle Association

American Outdoor Brands, which owns the brand Smith & Wesson, reported dismal earnings earlier this month as did Sturm Ruger in February, and they've laid off hundreds of workers.

-- Sarah Jorgensen contributed to this report.