Rep. Mark Sanford: 'Testosterone can get you in trouble' 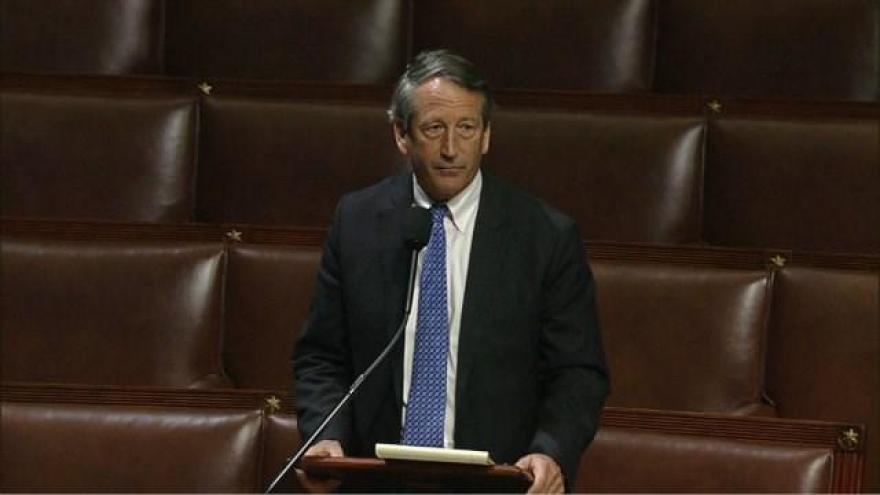 WASHINGTON (CNN) -- While President Donald Trump is blaming Democrats for the collapse of the Republican health care plan and others point fingers at the conservative House Freedom Caucus, Rep. Mark Sanford has his own theory about the failure: too much testosterone.

After listening to emotional remarks at a pivotal meeting between White House officials, House leadership and Freedom Caucus members Thursday night, Sanford said he noticed that only men had spoken so far, two sources familiar with Sanford's remarks told CNN.

"I'm here to tell you, sometimes that testosterone can get you in trouble," he said, according to the sources.

It turned out he was right: House leaders pulled the bill, with Trump's permission, for lack of support the next day.

The former South Carolina governor, who had been mentioned as a possible Republican presidential candidate in 2012, was alluding in the meeting to an extramarital affair that led to his resignation as chairman of the Republican Governor's Association in 2009 and his divorce a year later. The affair was discovered after Sanford disappeared for several days while visiting his mistress and claimed to have been hiking the Appalachian Trail.

But his comments Thursday play into some of the criticisms of the bill -- and those who negotiated it in the final hours of discussions.

Vice President Mike Pence tweeted a photo Thursday of a meeting with the President and members of the Freedom Caucus that drew fire from Democrats, women's groups and liberals for its absence of women. Although women aren't excluded from the caucus, there are no publicly identified female members of the group, whose most prominent members include its chairman, North Carolina's Mark Meadows, Ohio's Jim Jordan, Idaho's Raul Labrador, Alabama's Mo Brooks, Michigan's Justin Amash and Sanford.

One of the conservatives' demands has been to change an Obamacare requirement that insurance plans cover "essential benefits," including coverage for maternity services, mental health care and prescription drugs.

In a speech in West Virginia on Saturday, Pence reiterated the White House's vow to repeal Obamacare in the future, but also said they were looking forward to working on tax reform, the confirmation of Supreme Court nominee Neil Gorsuch, and other items on its agenda.

Still, a senior administration official said the President is likely to pay the Freedom Caucus less heed going forward given its members' refusal to accept Trump's and House leaders' offers to compromise on health care.

"I think the Freedom Caucus made a mistake in the end," the official said. "This is a president who wanted to work with them -- and he is dismissive of them now."