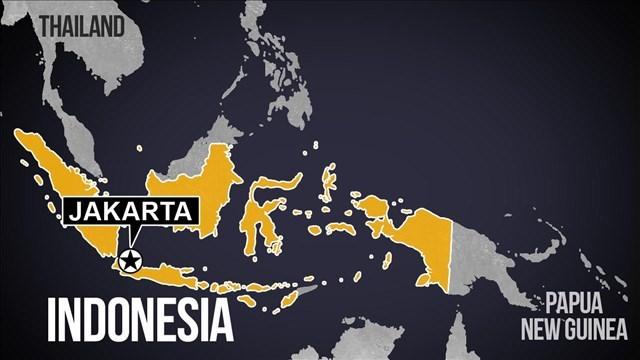 Indonesia is set to execute more drug convicts this week, according to the country's Attorney General.

The office of Attorney General Muhammad Prasetyo has not released details about this round of executions, but preparations are underway at the Nusakambangan prison island in Cilacap, Central Java.

Human Rights Watch has called on President Joko Widodo, also known as "Jokowi," to commute the sentences of at least 14 inmates -- including a number of foreign nationals -- for drug trafficking.

"Jokowi should also ban the death penalty for drug crimes, which international law prohibits, rather than giving the go-ahead for more multiple executions."

Amnesty International also issued a strong statement, saying the President "will be putting his government on the wrong side of history if he proceeds with a fresh round of executions."

According to the organization fourteen people will face the firing squad as early as this weekend, including Indonesians, a Pakistani, an Indian, a Zimbabwean, a Senegalese, a South African and five Nigerians.

Its all-out war on illegal drugs has already seen a large number of executions in recent years.

Fourteen drug convicts faced the firing squad in 2015, six in January and another eight in April.

Under the administration of President Susilo Bambang Yudhoyono, a total of 21 convicts were executed from 2005 to 2013.

Indonesia's prosecutors have always stressed that only death row convicts who have exhausted all legal avenues are put on the execution list. They are given the option to seek presidential clemency and a Supreme Court judicial review.

However, rights activists have long insisted the death penalty is not an effective deterrent to drug prevention.

"There is no evidence to support President Widodo's position," said Amnesty's Josef Benedict.

"The death penalty does not deter crime. Carrying out executions will not rid Indonesia of drugs. It is never the solution, and it will damage Indonesia's standing in the world,"

Indonesian officials have said all measures will be taken to prevent the drama surrounding the executions in April last year.

Australian drug convicts Andrew Chan and Myuran Sukumaran were executed after numerous appeals from supporters who claimed they were reformed.

At the last moment Filipina Mary Jane Veloso, also sentenced to death, was spared. Indonesia apparently acceded to appeals to wait for a pending case against Veloso's alleged human traffickers in the Philippines.

Her lawyers said she was a victim of human trafficking and was tricked into carrying heroin in her suitcase.

Death in the dark

Inmates are given 72-hours notification and are kept in isolation, with only the company of their religious counselors.

Veloso's sister told CNN that family are allowed to visit in the days before the execution, but afterward, the only confirmation they get the sentence has been carried out is the sound of gunfire in the distance.