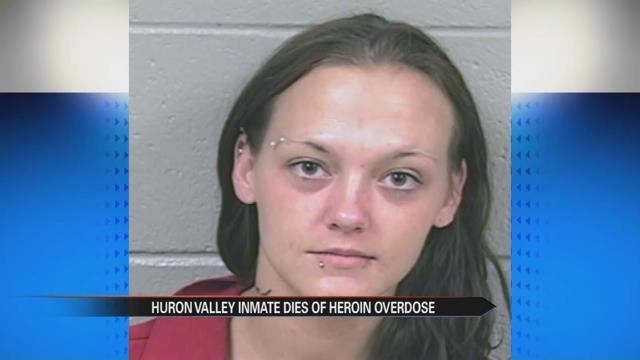 New details were released in the death of an inmate at the Huron Valley Correctional Facility in July.

The documents reveal Kayla Miller died from a heroin overdose at the Huron Valley Correctional Facility.

According to documents in the Michigan Department of Correction critical incident report, an inmate in Miller's cell also tested positive for heroin that was brought in from the outside.

Miller was just 25-year-old when she died.

In July we talked to her grief stricken mother, father, and grandmother.

Marilyn Miller said, “Your heart breaks because you don’t know.”

Miller was serving time for larceny and uttering and publishing.

Miller said, “It’s sad because she’s got three little kids out there.”

Thee critical incident report said, “Prisoner Miller was lying on the cell floor, blue in color and unresponsive… there was no pulse found.”

A visitor was caught on camera giving Miller the heroin in prison.

The report said “Inspector Tom Bonnee was able to observe the introduction of heroin and subsequent exchange of heroin from visitor Lingle to prisoner Miller.”

The report only gives the visitor's last name and it says the drugs were given to Miller on July 16th.

To our knowledge no charges have been filed by the prosecutor against the visitor.