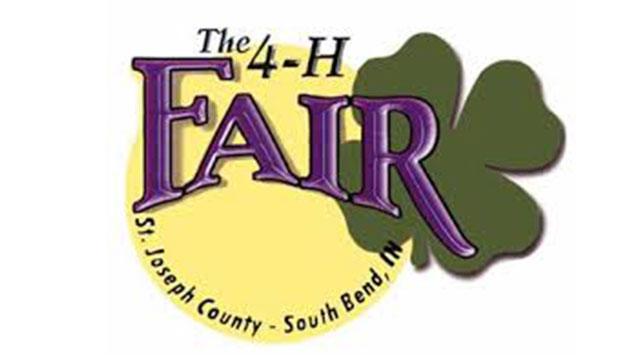 Republican candidate Gerard Arthus, who is running for the Indiana Senate in District 10, was asked to leave the St. Joseph County 4-H Fair on Thursday, according to Fair Board Vice President Dennis Murphy.

Murphy says there was a loud argument between vendors in the commercial building involving Arthus.

Murphy says the fair is meant to be a place for families and they won't tolerate behavior inconsistent with a family atmosphere.
Arthus sent ABC57 the following statement:

On this date 07 July 2016, an alleged incident occurred at the St. Joseph County 4-H fair. I was manning the Libertarian Party booth at the fair and while walking around noticed that my name was not listed as the candidate for the 10th State Senate District, on the large banner posted at the Republican Party Booth. I asked if Roy Saenz the party chairman was present and was told that he was not. I was also told by a man on duty at the Republican Booth, that the 10th Senatorial District was not in St. Joseph County and that was why it was not posted. When I pointed out to him that the 10th Senate district is for a large part in St. Joseph County, he began speaking in a “very” loud voice telling me that I had to leave the fair grounds. When I told him that he has no right threatening me  to leave, he said he would call the Fair Grounds people. I then walked back to my post at the Libertarian Booth and sat down. About ten or fifteen minutes latter, St. Joseph County and South Bend police officers showed up at the Libertarian Booth and asked me to leave. I told them that they could ask, but that they had to give a reason for asking me to leave and they said that the Fair directors wanted me to leave. I told them that the fair directors themselves had to ask me to leave officially and that I wanted something in writing from them indicating their request. So a women came over who spoke in a ‘very’ abrupt and sarcastic manner telling me that I had to leave. I simply told here that if she was a director and they (the Fair directors) wanted me to leave, then they had to give me a reason or put something in writing to that effect.
At no time did any of the Republican party officials or Fairground officials identify themselves, even Though I requested their identities on numerous occasions in front of the police officers. The Police officers however behaved in a very professional manner especially since both the Women and Man who were asking me to leave were acting somewhat irrationally. The situation concluded when I called 911 and met an officer from the St. Joseph County Police at the fair ground entrance, I asked him to file a report of the incident telling him that I would like to file harassment charges against the Republican Party and Fairground officials if they indeed were representing their respective organizations. He gave me the Complaint number and I left the Fair.
I was told later by a reporter from the South Bend Tribune that they were told that the reason that I was asked to leave was because I was carrying a gun. At no time when I was at the fair was I told about anything concerning guns or weapons by the Police or any officials from the Republican Party or the County 4H Fair directors. Furthermore, even though I have a legal carry permit, I was not carrying any weapon and would never do so since signs are posted at the fair entrance specifically prohibiting bringing weapons on to fair ground property. I also did not have any weapon in my car which also was on fair ground property. If anyone told the police that they saw me carrying a weapon, I would like such allegations to be placed in writing since they would be unsubstantiated utterings amounting to libel and slander and also would represent a criminal action since they concerned making false claims to police officers.
Any Republican candidates who would tolerate such behavior by staff or volunteers of the Republican Party should distance themselves from party officials who lie to the people and refuse to display the names of legally elected candidates running for office on their Party ticket in St. Joseph County.

Earlier this week, the St. Joseph County Republican Party apologized to the fair board for the actions of candidate Doug Bernacchi.

Bernacchi was allegedly screaming and being rude to another worker at the Republican Party booth. Representatives with the party asked him to leave.
When reached for comment Bernacchi replied with a text:

Doug is working as a lawyer until Labor Day, serving his clients. He is not available. When elected he will be fair. No pun intended!!