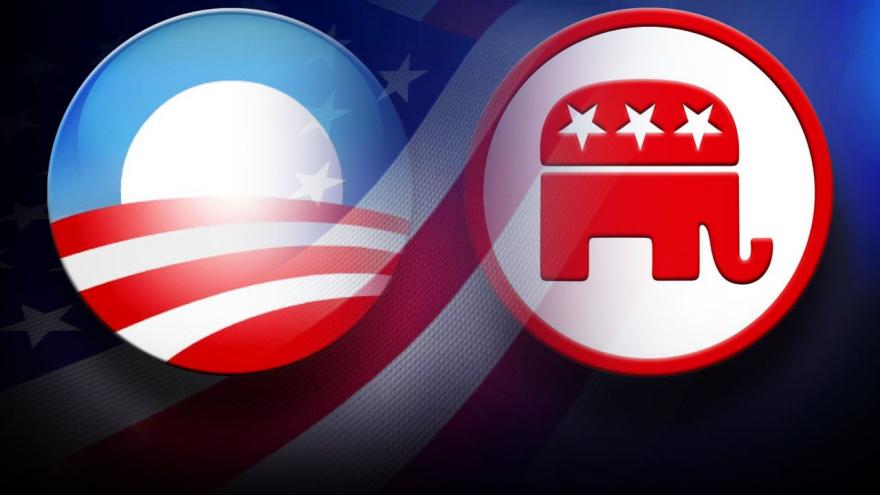 (CNN) -- Republican leaders are serious about one last attempt to overhaul Obamacare.

What began last week as a long-shot option after Republican Sens. Lindsey Graham of South Carolina and Bill Cassidy of Louisiana introduced their latest blueprint to overhaul the health care system has transformed into an all-hands-on-deck operation at the Capitol ahead of a September 30 deadline.

Majority Leader Mitch McConnell has made it clear to his conference that if Graham and Cassidy can secure the votes, he is prepared to make another attempt to move a health care bill, a source familiar with the process told CNN. Largely hands-off up to this point, the Republican leadership has essentially begun to kick-start its machinery to set up a potential floor vote during the last week of the month.

The leadership has also weighed in with the Congressional Budget Office to try to encourage it to speed up the process of assessing the bill's impact so Republicans can act if the votes materialize.

There is no expectation that McConnell would bring the bill up on the floor if it did not have the support needed to pass, but Republicans aren't far away from making it a possibility, a source close to the process told CNN.

The fact that Republicans remain tantalizingly close to repealing and replacing the Affordable Care Act once and for all means this short week in the Senate will be do-or-die time for the legislation. Republican leaders are expected to gauge support for the proposal in Tuesday's conference lunch, according to two sources familiar with the process.

The White House is also making a push for the bill, an administration official told CNN. A source told CNN that efforts are already underway although there are no plans to call in President Donald Trump to make a full-fledged lobbying effort just yet. Last week, Graham told reporters that Vice President Mike Pence had spent considerable time reaching out to Republican governors to try to gain their support and buoy the effort.

Trump is also expected to reach out to Alaska's governor in an effort to get Alaska Sen. Lisa Murkowski to "yes."

One move Monday could make this more likely for the GOP: Arizona Gov. Doug Ducey put out a statement in support of Graham-Cassidy, calling it "the best path forward to repeal and replace Obamacare."

This is significant given that Sen. John McCain, the Arizona Republican who voted against the Republican Obamacare repeal bill earlier this year, has indicated that his decision will depend a lot on what his governor says.

The Senate homeland security committee is planning a hearing for next Tuesday on block grants -- the basis of the Graham-Cassidy bill. It's an unusual committee to hold a hearing on this topic given the health and finance panels are more closely involved in health care issues.

Notably, the homeland committee's chairman, Wisconsin Sen. Ron Johnson, is a co-sponsor of Graham-Cassidy, and was one of the most vocal critics earlier this year of the closed-door deliberations of GOP leaders.

Democrats are already crying foul about the planned hearing. A Democratic aide closely involved in health care deliberations argued that this hearing is precisely so that Republicans can say they tried to do things through regular order.

"He's doing that to give the veneer of process," the aide said of Johnson.

In the past five days, Democrats and outside groups have also started to re-engage in a major effort to short-circuit Republicans' mobilization.

Asked if it was time to take the Graham-Cassidy bill seriously, one senior Democratic aide simply responded, "Yes."

Deadline to get the votes

All the usual caveats for health care legislation remain, however. While GOP leaders in the effort have publicly shared that they believe they have between 47 and 49 votes for Graham-Cassidy, they aren't at the magic number, 50, quite yet, and time is of the essence.

The Senate's parliamentarian has suggested that Republicans only have until the end of the month to use their 2017 budget reconciliation bill as their vehicle to repeal Obamacare with a simple majority. After September 30, Republicans would either have to move on or pass another budget with health care reconciliation instructions to continue working on the overhaul legislation.

This week is a short one in Washington because of Rosh Hashanah, the Jewish New Year, meaning the best-case -- and really only -- scenario would entail bringing up a motion to put the bill to the Senate floor next week. That would give senators just six days -- only four of which scheduled as days the chamber will be in session -- to secure the votes to take the bill up and move through the legislative process (amendment vote-a-rama included).

Given the time and effort the GOP has spent on health care already -- months of plodding, closed-door talks where ideological and political divides simply could not be bridged -- this latest process would be a version of Senate hyperspeed.

It's important to note that Republicans have been this close before.

The Senate GOP was only one vote shy of passing the so-called skinny repeal bill in July when McCain cast his "no" vote. It's entirely possible that Republicans could get right up to 49 votes again and still fail to get the final, crucial vote. All eyes are on Murkowski and Maine Sen. Susan Collins, who along with McCain, were the three Republicans to sink the skinny repeal.

Sen. Rand Paul, a Republican from Kentucky, has already made it clear he won't support the latest version of the bill. In a Twitter tirade Friday, Paul wrote: "#GrahamCassidy sales pitch: if you like your Obamacare you can keep your Obamacare. No thanks."

Where the latest proposal came from

After the last several Senate Republican plans to repeal and replace Obamacare failed to garner enough support, Graham and Cassidy began putting together their own proposal. They, along with Republican Sens. Ron Johnson of Wisconsin and Dean Heller of Nevada, unveiled their bill Wednesday at the Capitol.

The bill would repeal the individual and employer mandates as well as shift Obamacare's Medicaid expansion funding and insurance subsidy structure into a block grant program for states. States would be given a lump sum of money from the federal government, and it would be up to them how to spend it.

The bill would also reduce federal support for the traditional Medicaid program by providing a fixed amount of funds per enrollee. Republicans argue this would give states more flexibility and would allow them to spend their money more efficiently.

But Democrats and consumer advocates say the block grants would provide less money to states than they would get under Obamacare, and, further, funding would be specified only through 2026. They have charged the block grant structure would put more of a burden on the states because they would have to make up for the shortfalls in federal dollars.

Early last week, senior Republicans in both chambers were dismissing the effort, oftentimes with an eye roll and a chuckle. But the latest health care effort seemed to pick up steam in a closed-door Republican conference luncheon late last week, where, according to Graham, McConnell told the conference that he was "all in" on the latest attempt if Republicans could put together the votes.

The consensus in the room was that Republicans owed their voters one more try, staff said.

"It's the right thing to do," said one GOP aide, who until recently repeatedly shot down queries about the bill as pointless. "Our guys made this promise for years and want to give it one more go."

If the Graham-Cassidy proposal picks up real momentum in the Senate this week, it could potentially jeopardize another health care effort in the Senate: a rare bipartisan discussion that has been taking place on stabilizing the Obamacare marketplace.

Over the past few weeks, the Senate health committee held bipartisan hearings for the first time this year on possible fixes to the health care law, bringing in state insurance commissions, governors and other experts to testify.

After Republican lawmakers dominated the first half of the year with efforts to repeal the Affordable Care Act altogether, the hearings -- and now the deliberations between committee Chairman Lamar Alexander, a Tennessee Republican, and ranking member Patty Murray, a Washington Democrat, aimed at quickly introducing a bipartisan bill -- appeared to mark a significant turning point in the heated health care debate.

Aides said staff-level discussions continued throughout the weekend and that Alexander and Murray hoped to begin finalizing language in the coming week and push for a vote soon thereafter.

So far, there is general across-the-aisle agreement on ensuring that Congress continues to fund a key set of Obamacare subsidies known as cost-sharing reduction payments (the details, including how long these payments would be ensured for, are still being hashed out). A more complicated area of discussions is what level of flexibility states could have under Obamacare, with conservative Republicans pushing for greater breathing room and Democrats warning that they could not support a proposal that would weaken patient protections.

But the revival of any GOP bill that is certain to be rejected by Democrats in the chamber would once again turn health care into a highly charged and partisan exercise. Democrats have been carefully eying the Graham-Cassidy proposal in recent weeks, warning that it could throw a wrench into bipartisan talks.

"It's easy to see how another partisan Republican repeal effort would threaten work between Democrats and Republicans to work together in good faith," a Democratic aide told CNN.