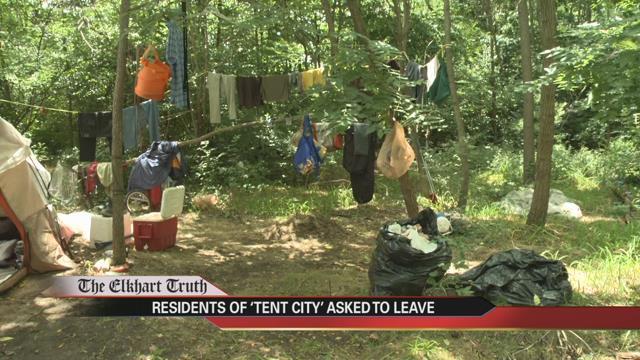 People living in a homeless camp in Elkhart, also known as Tent City, have been asked to move out. ABC57 teamed up with our reporting partners at The Elkhart Truth to find out what’s next.

Tent City is near downtown Elkhart.

The city wants to get rid of the encampments and clear some of the shrubbery on the property, according to Reporter Ben Quiggle.

“There's close to twenty people out here that are going to get displaced and if you move tent city today in Elkhart, it's going to show up someplace else tomorrow,” said John Shafer, the Director of Michiana Five for the Homeless.

“People need to be aware that if you meet these people and actually spend time with these people, they are human just like us.  They are just down on their luck,” said Robert Wagoner, President of Guardian Angels of Elkhart.

The Tent City residents have two weeks to get out, but there are concerns they will be able to find another place to live in that amount of time, Quiggle said.