Residents struggling with safety of neighborhood 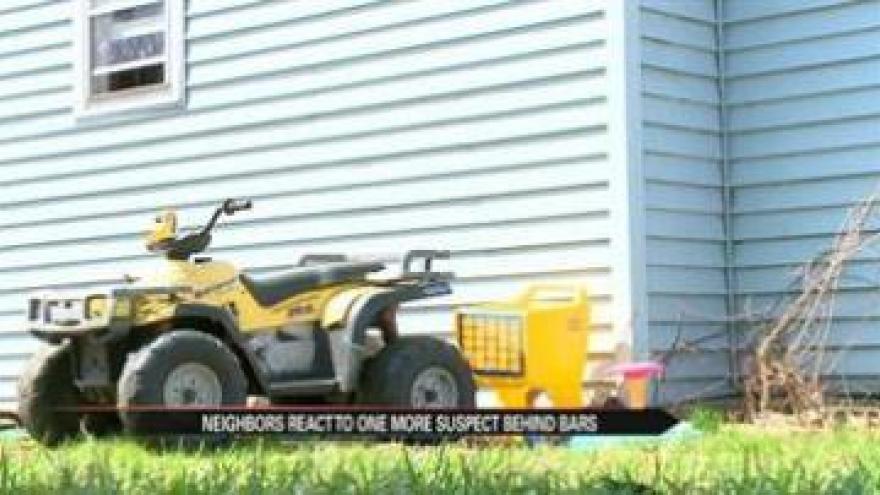 SOUTH BEND, Ind. -- Residents in the neighborhood where 2-year-old John Swoveland Jr was shot and killed April 7 are still struggling with what happened. Many say they worry for the safety of their neighborhood, but are glad seven of the eight suspects are behind bars.

Stacie White remembers seeing John Swoveland Jr playing in the yard at the house on Campeau Street just a few days ago.

"I just saw the little guy the other day when I was walking my dog. He was carrying some washing powder in and they were coming in from the Laundromat," said White.

White walks her dog past the house every day. Now when she passes, she can't help but picture little John Jr playing.

"It made me feel kind of attached to him even though I didn't know him, but it made me feel like wow I just saw that kid. He was happy and playing," said White.

John Jr. was shot in the chest by a stray bullet, fired by rival groups just down the street.

"We've been here for years so this is a first time shocker for this neighborhood," said Amos Vann.

"Nicest day, probably the nicest day out of the whole month so far," said Vann.

His family lives just a few houses away from the crime scene and even though they normally feel safe, the thought of stray bullets makes him think about the safety of his own children.

"We had a whole group down there at the Notre Dame Apartments-- there was a lot of kids out there playing basketball at the time. You got the basketball court right there in the streets. It was full of kids playing and at the time that happened it was like 4 p.m. so there was traffic all over. It was busy," said Vann.

One suspect remains at large, 23-year-old Xavier Primm. If you have any information on his whereabouts, call Crime Stoppers at 800-342-STOP.