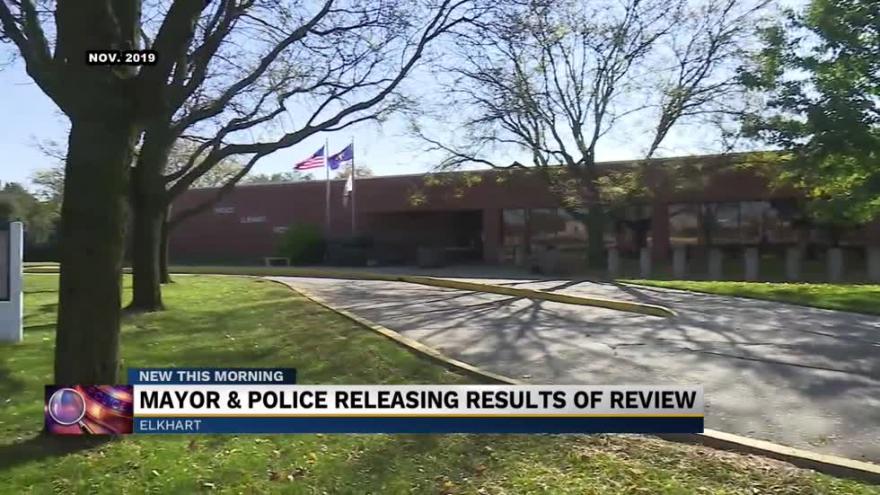 ELKHART, Ind.-- A year long independent review of the Elkhart Police Department resulted in a list of recommendations for the agency to implement, Elkhart Mayor Tim Neese revealed during a press conference Thursday morning.

The review began after two Elkhart Police officers, Corey Newland and Joshua Titus, were caught on camera beating a handcuffed suspect in January 2018. Both officers are on unpaid leave and face federal charges.

The recommendations in the report from the Police Executive Research Forum include:

Elkhart Police Chief Chris Snyder says some of the recommendations are already being implemented.

"We have completed updates on some policies, we started our de-escalation training and we have improved our internal and external communications," Chief Snyder said.

Snyder has created a Chief's Advisory Committee to win back the public's trust.

He thanked the residents who took part in the independent review that found Elkhart officers had a reputation for "rough treatment of civilians, racial bias and inconsistent discipline."

"Their input gave us insight on their expectations for the police department and areas they feel we can improve and that's what's important is how we can work better with our community," Snyder said.

The review also found about 40-percent of Elkhart Police "use of force" incidents over the past three years involved African American suspects, who only make up about 15 percent of the city's population.