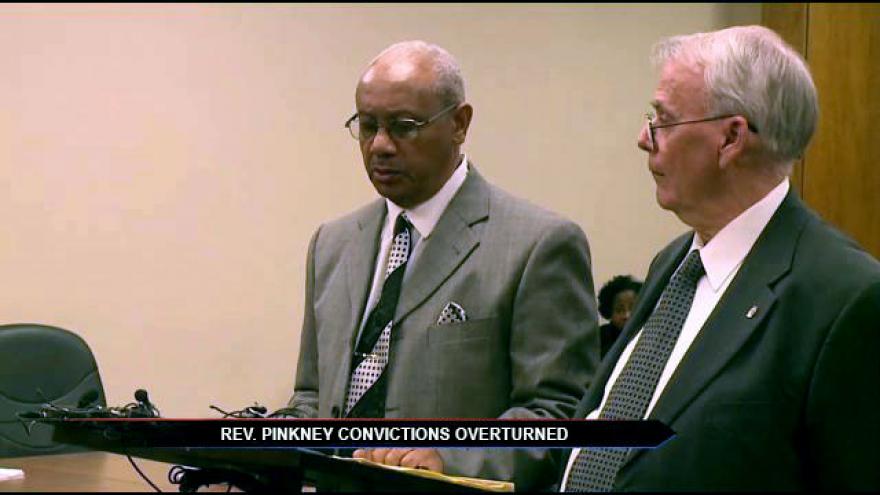 The Michigan Supreme Court overturned Edward Pinkney's convictions for election forgery because it says the statute was intended to be a penalty, not a chargeable offense.

Pinkney was charged in 2014 with 5 counts of election forgery and 6 counts of making false statements in a certificate of recall petition related to a petition to recall Mayor James Hightower. Pinkney was accused of changing the dates on some signatures and allowing 6 people to sign the petition twice.

At trial, Pinkney was convicted of 5 counts of election forgery and acquitted on the other charges. He was sentenced to 30 to 120 months in prison.

Pinkney appealed his case, but the Court of Appeals upheld his convictions.

The Supreme Court heard arguments in November 2017 and returned their decision on May 1.

In the decision, the Supreme Court decision focused on the plain language of the statute:

Reading the plain language, the Supreme Court stated the statute is a penalty for an offense defined elsewhere in Election Law, not a chargeable offense.

Nothing in the plain language of § 937 suggests that the Legislature intended it to be a chargeable offense. Instead, as defendant argued below, it reads like a penalty provision—i.e., a provision providing the penalty for the crime of forgery enumerated elsewhere in the Election Law. Section 937 does not set forth or describe any conduct that is prohibited. Instead, the Legislature’s use of the past tense verb “found” (in the phrase “found guilty of forgery under the provisions of this act”) presupposes that an individual has already been convicted of the crime of forgery under the Election Law.

Consequently, by its clear terms, the provision does nothing more than provide the punishment for that already-committed offense.

In a footnote, the court says the Legislature normally uses the phrase "found guilty" and does not detail prohibited conduct when a statute is a penalty.

Further, the court believes the Legislature, when overhauling Election Law in 1954, accidentally left in this statute, which was no longer needed.

Because the statute is a penalty, and not a chargeable offense, the Michigan Supreme Court vacated his conviction and dismissed the charges. The Court of Appeals decision upholding his conviction has been reversed.

The case can be remanded to trial court for further proceedings.

Yesterday, May 1, 2018, the Michigan Supreme Court ruled the statute under which Edward Pinkney was convicted in 2014 was not a substantive law section but rather simply a penalty section.  Many of Michigan’s statutory codes have sections that prohibit certain conduct, but then at the end of the particular code (the Mobile Home Park Code and Motor Vehicle Code, for instance) there is generally a penalty provision.  The Michigan Election Code had been amended by the Legislature many times over the years.  The patchwork amendments by the Legislature removed the substantive sections to which the penalty section referred. The penalty section referred to forgery of election documents, however, did not set forth with particularity the details normally found in a substantive statute.

This was an issue decided by several courts in the judicial branch prior to the Supreme Court’s ruling.  The trial judge in the Pinkney case denied motions by defense at the trial court level and ruled it was a substantive law section, as did the Michigan Court of Appeals. And, another panel of the Michigan Court of Appeals ruled it was a substantive section in another case in another county.

The Supreme Court said that rendering a statute as having no meaning, as it did in this case, is not only unusual but “exceedingly rare”.

It should also be noted that the court did not in any way disturb the finding of the jury that Pinkney changed the signature dates on the recall petitions so as to qualify additional needed names to his petitions.

In summary, the hole left in the Election Code by prior amendments, permits one to forge recall or petition documents without recourse.  It is my belief that the Legislature did not intend this result (nor do I believe the citizens of Michigan find this result acceptable) and thus, I implore the Legislature to fill this gap by the passage of amendments to the Election Code specifically prohibiting such conduct.