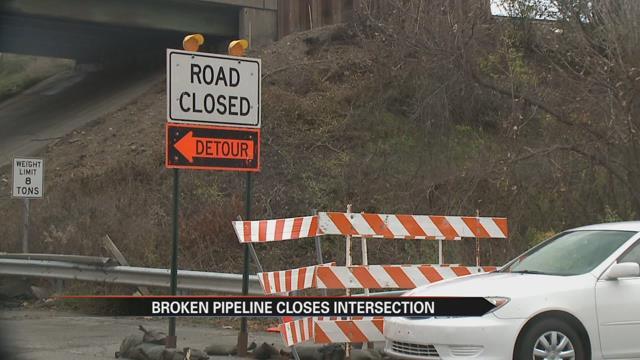 The intersection of Cleveland Road and State Road 933 was closed Saturday due to a broken pipe line.

At approximately 10 a.m.,  contractors were working on foundation under the toll road bridge when one of the pipes broke.

According to Greek, this is not too common but it does happen in construction zones.

“It's a pretty significant via because it feeds all the hotels out here on 933. So we're taking the time on ND playing their football game. We have to do a bypass pumping so that then we can get in and replace the piece of that 12 inch pipe,” said Greek.

The intersection is still closed at this time.