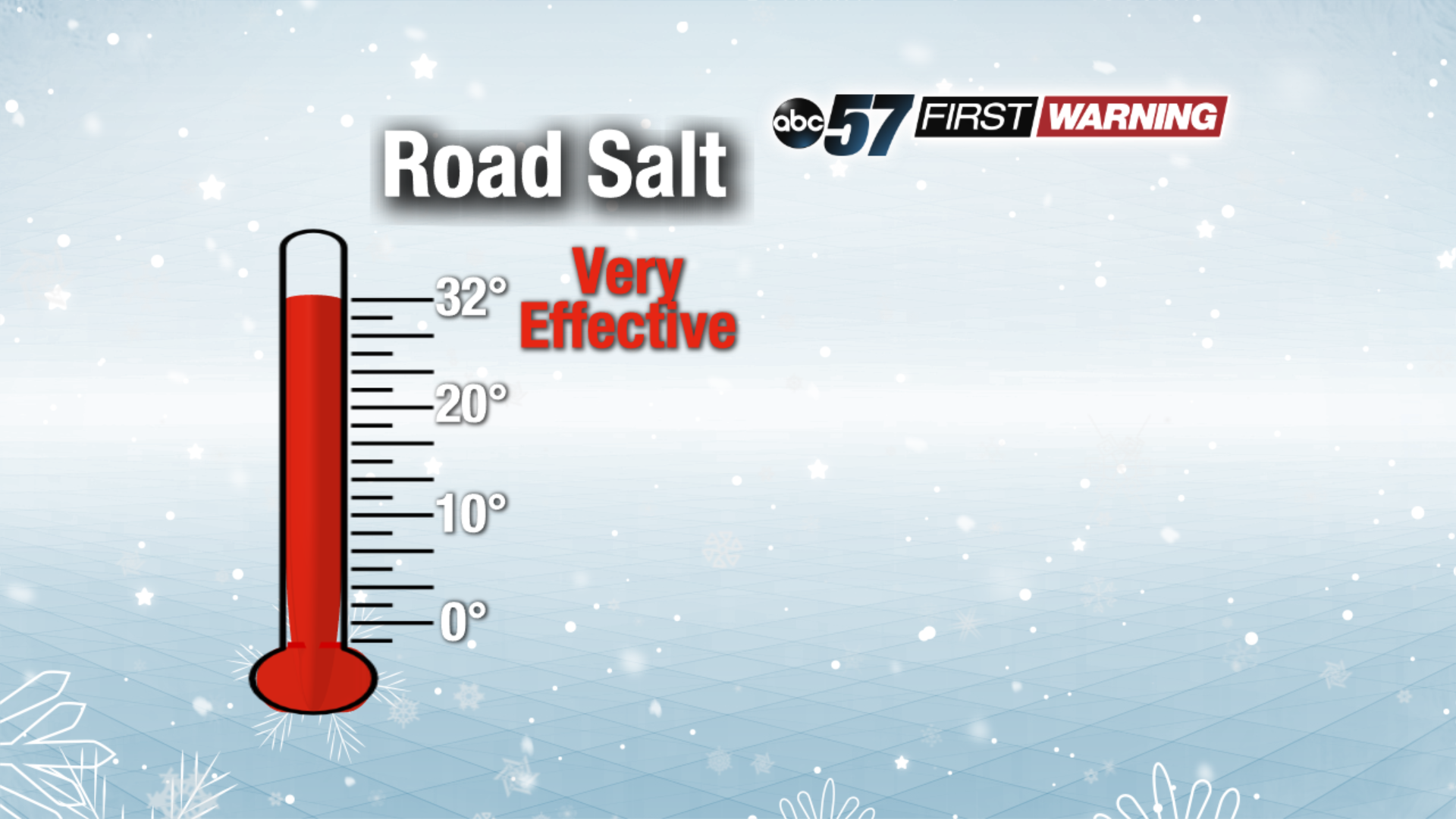 Michiana has seen plenty of snow over the last several days. That means the salt trucks have been out in full force dropping salt on area roads. That brings up the question of, "when does road salt work and when does it not?"

Road salt works just fine on its own when temperatures are above 25°. If it gets colder than that, its effectiveness becomes questionable, especially at night. However, if temperatures are in the 15-25° range and it's daylight, road salt can still work pretty well. Once you see the temperatures fall below 15°, road salt becomes nearly ineffective. 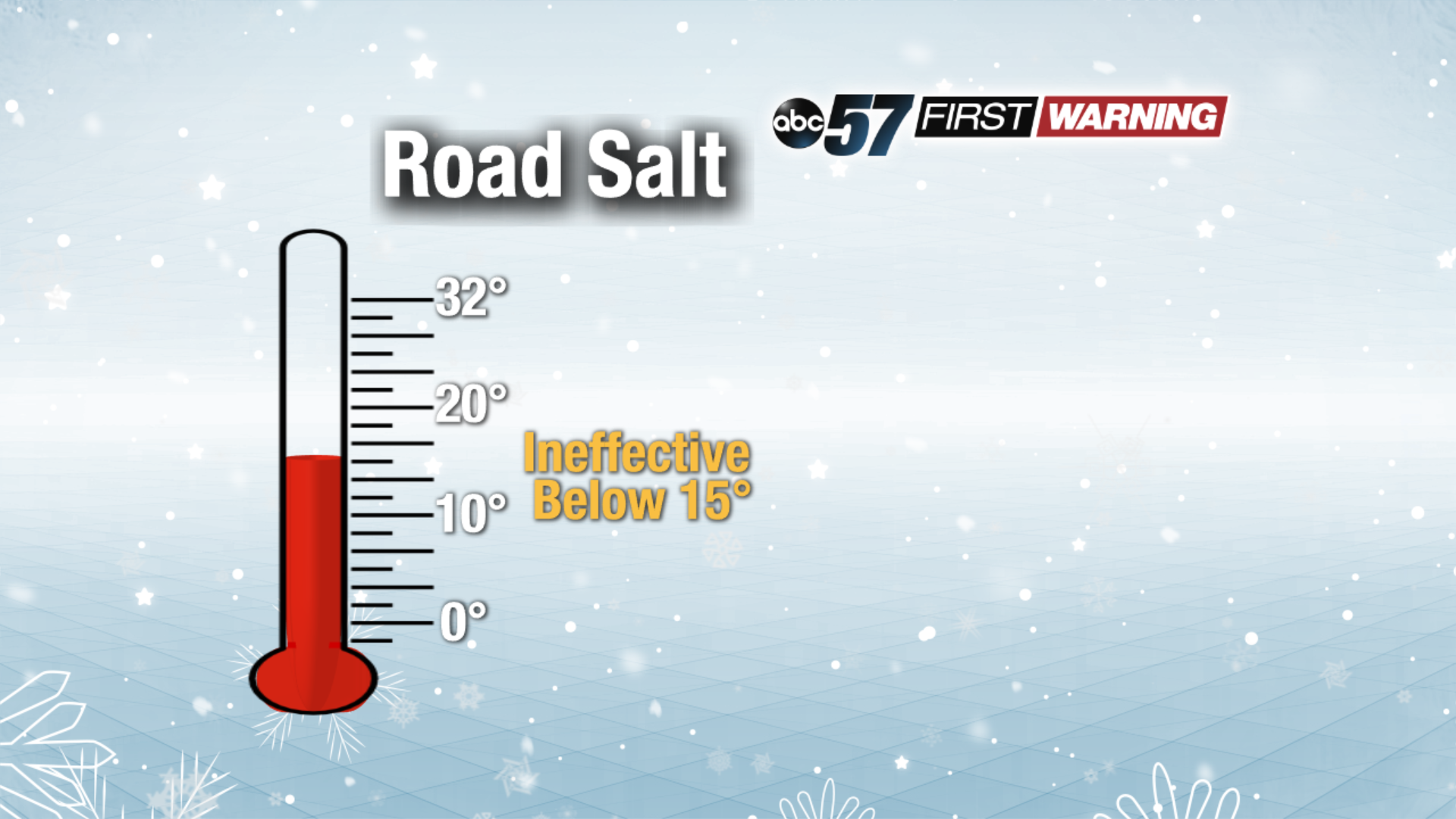 That is because the chemical make-up of plain road salt disallows it to melt snow and ice at certain temperatures. For that reason, other chemicals are used in combination with road salt when temperatures fall below 15°. The main examples are calcium magnesium acetate, calcium chloride, potassium acetate, potassium chloride some brines, and beet juice. These are more expensive than road salt, but they can help lower the freezing point of water more than road salt on its own. As a result, roads stay in better shape as ice and snow melt at even extremely low temperatures. 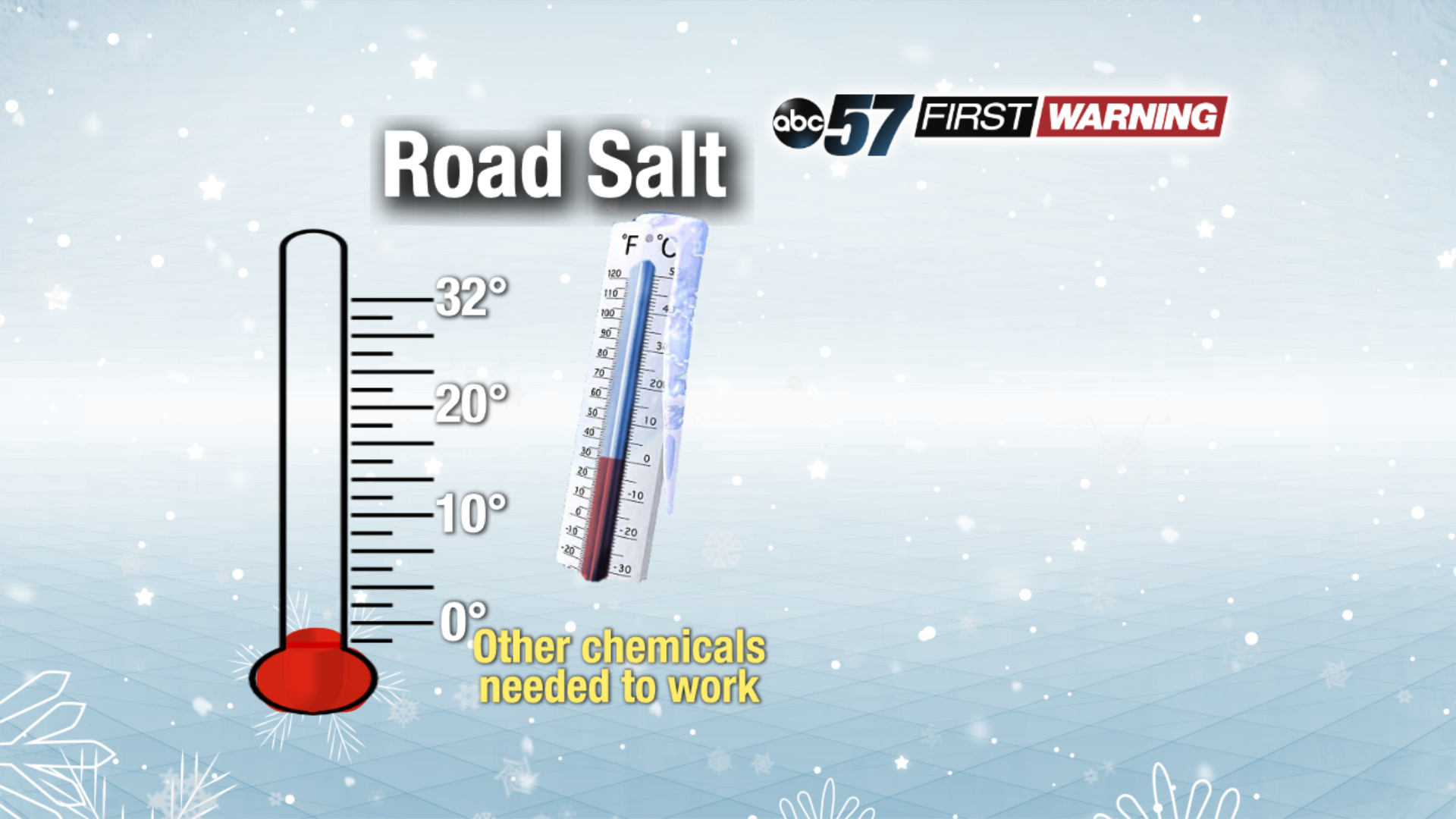 Not all cities, townships and states use these road salt alternatives despite their effectiveness at low temperatures. For Michiana, as temperatures drop into the teens, plain road salt that was laid down may not keep roads wet. That could lead to black ice and re-freezing tonight and again Wednesday night. If your neighborhood was treated with one of the other chemicals mentioned above, the likelihood of your local roads remaining wet and safe to drive on is much higher.