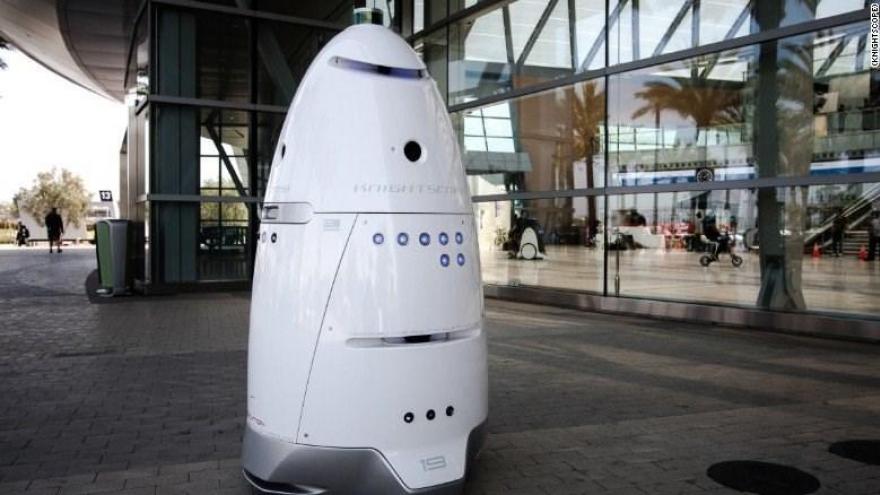 WASHINGTON (CNNMoney) -- Man vs. machine has taken on a new wrinkle.

As robots begin to appear on sidewalks and streets, they're being hazed and bullied.

If a robot is getting hassled in the heart of Silicon Valley, what happens when machines venture outside friendly territory?

We'll know soon enough. The robotics era is beginning. Delivery robots are starting to appear on sidewalks in San Francisco and Washington, D.C. Self-driving cars will soon drive hundreds of Arizonians around Phoenix. Boston Dynamics, known for its viral robot videos, announced this week that it's testing package delivery.

As robots increasingly become part of our daily lives, the makers of these machines will have to figure out how to protect them from ill-intentioned humans. Previously, robots have largely operated out of sight in factories, generally cordoned off from humans.

Pranksters will be tempted to pick on the robots. And workers, whose jobs may be imperiled due to machines, will have their own frustrations to let out.

Knightscope, which makes the robot that was targeted in Mountain View, said it's had three bullying incidents since launching its first prototype robot three years ago.

"[The bullies] turned pale white and ran away," Knightscope spokesman Stacy Stephens told CNNTech. The company currently has 17 clients in five states, according to Stephens. The robots operate in shopping centers, hospitals and corporate campuses.

A robot's best defense is to rat out the bullies. Modern robots are covered in cameras and sensors, making it easy to document abuse. With the Los Angeles incident, the robot's cameras filmed the pranksters' license plate, making it easy to track them down.

Knightscope's robots aren't the only ones getting picked on. In 2014, two Canadian academics sent a robot on a hitchhiking adventure as a social experiment. They wanted to see how we'd integrate a new technology into our lives.

Everything started smoothly as the robot, named Hitchbot, traversed Canada. But then Hitchbot hit the United States in 2015. And in Philadelphia, the city of brotherly love, Hitchbot learned that humans and machines definitely aren't brothers.

The robot was found abandoned and badly mangled. Its arms were ripped off of its body.

One of the most interesting cases of robot bullying will occur once self-driving cars become mainstream. The cars are programmed to avoid accidents -- they drive defensively, not aggressively.

While self-driving cars may be the perfect driver, that opens them up to abuse. Human drivers will known they can cut in front of a self-driving car without facing any repercussions. Pedestrians and cyclists can do the same.

Robots may eventually dominate our streets and sidewalks, making transportation cheaper and safer. But don't count on every human kindly stepping aside.