Rollover accident in Elkhart sends two people to the hospital 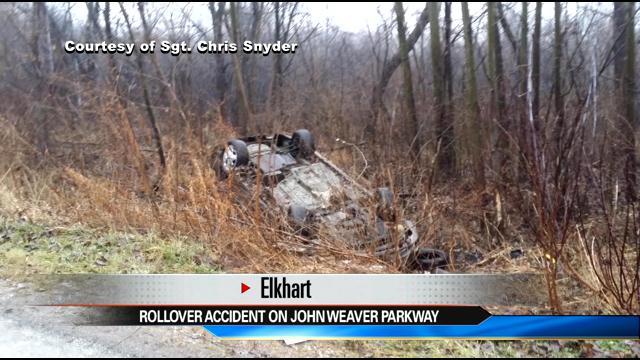 Two people are recovering from their injuries in area hospitals after a rollover accident happened in Elkhart on Saturday.

At approximately 3:20 p.m., officers at the Elkhart Police Department were dispatched to the south bound lanes of John Weaver Parkway, just south of County Road 6, for a one vehicle accident.

Officers say that early reports stated that the two people in the vehicle were trapped, but upon their arrival, they found that the passengers had been helped from the vehicle by other motorists.

Officials say they believe speed and bad road conditions due to weather were the main factor in this accident.