Romney will visit Indianapolis next week 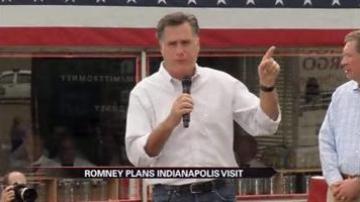 Republican Presidential candidate Mitt Romney will stop by the Hoosier state next week.

The American Legion announced Monday that Romney will be a keynote speaker at their National Convention in Indianapolis.

Romney's speech will come day before he officially accepts the GOP nomination.

Obama narrowly won Indiana in 2008 but has not been in the state during his re-election campaign.