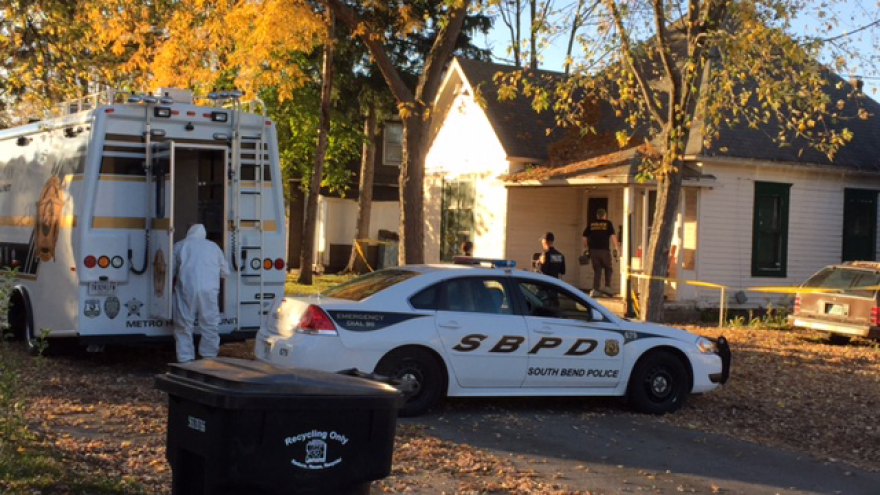 The St. Joseph County Prosecutor's Office has charged Joshua Walker, 38, with the murder of Ronald Bacsa.

Bacsa's body was found inside a home on Fuerbringer Street around 9 a.m. Monday.

Bacsa lived in the home with two other men, Lonnie White and Joshua Walker, according to police.

Monday morning, White found Bacsa unconscious on the bathroom floor and asked a neighbor to call for help.

When police and medics arrived, they discovered Bacsa was deceased.

While police were on scene, Bacsa's other roommate, Walker, approached a South Bend Police officer and said he had an altercation with Bacsa and police were looking for him, reports said.

Walker was taken to the Metro Homicide Unit where he was interviewed.

Walker allegedly said he got into an argument with Bacsa, stomped his head, hit him with two different chairs and stomped him a few more times, according to the probable cause affidavit.

An autopsy was performed and it was determined Bacsa died as a result of multiple blunt force trauma, including broken ribs that punctured both lungs. The manner of death was homicide.

Walker is scheduled for arraignment on the murder charge on Thursday.