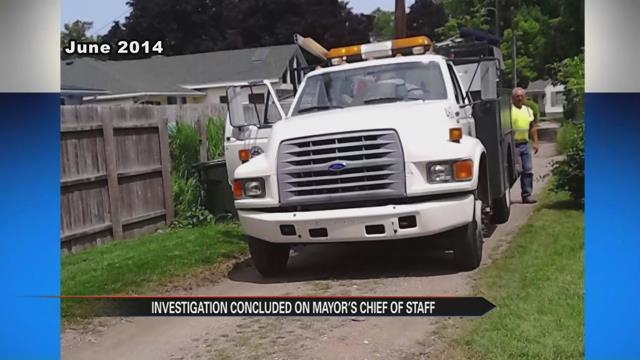 After many months of investigation, a special prosecutor has decided the South Bend Mayor's Chief of Staff Kathryn Roos did not use city workers to work on her private home.

Special Prosecutor David Thomas filed a report saying his investigation is over and found no evidence of wrongdoing on Roos' part.

This all stems from when Roos was accused of using city workers to replace the concrete on her patio last summer.

Photos sent to ABC 57 show workers doing the construction but it's hard to tell in the photos if they're employed by the city.

South Bend Mayor Pete Buttigieg released a statement after the report was released.

“I am pleased, though not surprised, that Kathryn Roos has been cleared in this matter by the special prosecutor. She serves my office and our city with great skill and integrity, and I am glad that she is now free from this distraction.”

Kathryn Roos also released a statement.
“This report confirms what I have said since the beginning. I am glad this thorough investigation is over and I can focus, as always, on serving the residents of South Bend.”
Share this article: