Rosenstein: Special counsel will have 'full independence' for Russia probe 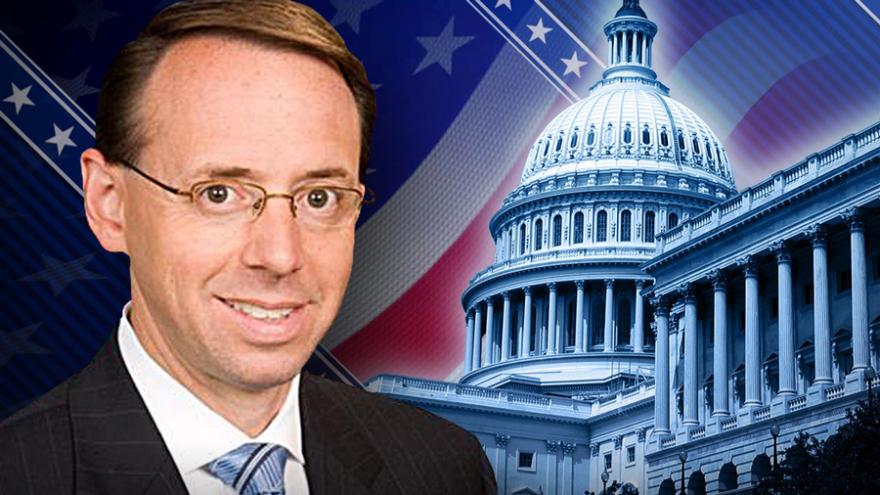 WASHINGTON (CNN) -- Deputy Attorney General Rod Rosenstein is assuring senators Tuesday that special counsel Robert Mueller, who's leading the Justice Department's probe into Russia's meddling in last year's election, will have the "full independence he needs to conduct that investigation."

Rosenstein said "no, I have not," when asked by Shaheen whether he has seen good cause to fire Mueller.

Rosenstein said that because Attorney General Jeff Sessions recused himself from the Russia matter, Mueller could only be fired by Rosenstein himself.

Members are using the event as a chance to grill Rosenstein about other topics, including the firing of FBI Director James Comey, the investigation into Russian meddling in last year's election and Rosenstein's decision to tap Mueller as special counsel.

Rosenstein said Mueller can "only be fired for good cause," and it would be his job to put that good cause into writing.

Session will also testify before the House later Tuesday, scheduled to discuss the department budget. But both appearances, however, are being overshadowed by Sessions' public appearance at a Senate intelligence committee hearing.

PBS' Judy Woodruff reported Monday that Trump friend Chris Ruddy told her after visiting the White House that Trump is "considering perhaps terminating" Mueller -- a decision that would set off a massive political backlash. Ruddy later confirmed the comment to CNN. If Trump were to make such a move, he would have to order Rosenstein to fire Mueller.

Rosenstein's letter critical of Comey's handling of the Hillary Clinton email server investigation served as the Trump White House's first reasoning for firing Comey -- though Trump later undercut that explanation by saying he fired Comey in hopes of ending the Russia probe.

Because Sessions had recused himself from the Russia investigation over his connection to Trump's campaign and his undisclosed meetings with the Russian ambassador, it was Rosenstein's decision to appoint a special counsel to lead the investigation.