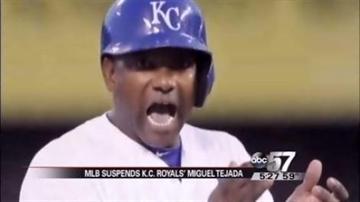 He was suspended for repeatedly using a banned substance—the stimulant Aderall.

Tejada says he took the drug to treat his ADD, not to enhance his performance on the field.