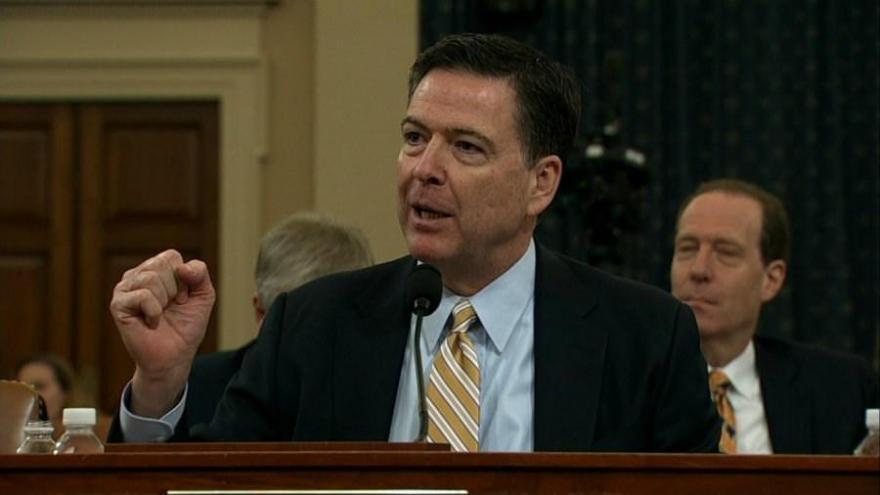 MOSCOW (CNN) -- Russians don't know whether to laugh or cry at the political chaos unfolding in the United States.

In fact, they have been doing lots of both.

Sergey Lavrov, the wry Russian foreign minister, allowed himself a quip when asked whether the sudden dismissal of the FBI director, James Comey, would overshadow his talks this week in Washington.

Perhaps it was an ill-judged attempt to lighten the mood, but it also revealed the extent to which Russian officials are reveling in their US rivals' current mess.

Critics frequently accuse the Kremlin of wanting to discredit US politics. That work seems to be proceeding without them.

After firing Comey, President Trump almost immediately held a first, long-awaited meeting not only with Lavrov, but also with the Russian ambassador in Washington.

That ambassador, Sergey Kislyak, dubbed a key Russian spy by US officials, is at the center of allegations of collusion between Trump associates and Russian officials that Comey was investigating before he was dismissed.

The optics, as we now call what stuff looks like, were bad.

An official Russian photographer recorded a grinning President Trump warmly shaking the ambassador's hand, and the picture was then posted online by the Russian Foreign Ministry for the world to see, along with the other official snaps of the US President chatting with the Russian foreign minister.

US officials say they did not know the pictures would be made public.

"Do you know what would happen if the official photos were not published?" she asked in a Facebook post. "They would be presented as secret evidence of collusion between the Russians and Trump," she joked.

At home in Russia, Kremlin-controlled media have also been having a field day, with cartoons ridiculing the political farce in Washington.

One editorial on the state news agency, RIA Novosti, scoffed at how Comey "continuously made up stories about Russkies, but never found anything."

Behind all the mocking, though, the Kremlin may be concerned about what Trump's unexpected moves mean for them.

As a presidential candidate, Trump campaigned on a platform of building better relations with Moscow. He spoke of cooperating in Syria, downplayed the importance of NATO and even said he would look at recognizing Crimea's 2014 annexation by Russia.

But much to the disappointment of many Russians, who hoped Trump would lift US sanctions on Russia, none of that has come to pass.

Russian President Vladimir Putin was playing ice hockey as the latest controversy raged in Washington, appearing oblivious to its repercussions.

As he skated off the ice, he was asked by one reporter how the firing of the FBI director might affect US-Russia relations.

"What do we have to do with it?" he asked, dismissively.

But the episode has underscored for Russians just how unpredictable the Trump administration can be.

They may laugh at it, but they don't like it.