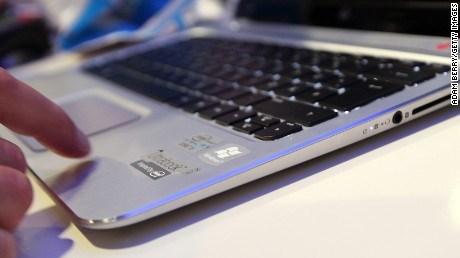 (CNN) -- The suspected Russian hack of the Democratic National Committee is part of a wave of Russian cyber attacks aimed at political organizations and academic think tanks in Washington, US officials briefed on the investigations say.

Over the weekend, Wikileaks began publishing emails from the DNC. The group didn't identify the source. But the campaign of presumptive Democratic nominee Hillary Clinton pointed the finger at Russia, saying the release of stolen emails was intended to help Republican nominee Donald Trump.

The FBI is investigating the DNC hack and has sent experts to meet with the Republican National Committee, as well as the major campaigns, to discuss their security measures, the officials say. No similar intrusions have so far been detected at the RNC or the campaigns of the two major party candidates, the officials say.

James Trainor, assistant director for FBI's cyber division, told CNN in a recent interview that the bureau has been working with political organizations and think tanks to put more resources into the security of their computer networks. He wouldn't discuss the DNC or the role of Russia, but spoke generally about the increased number of such intrusions.

"There's been aggressive targeting of that sector, the various campaigns, think tanks in the Washington, DC area," Trainor said.

The "targeting of any candidate or any party (that) has political intelligence," Trainor said. "There's value in information there if you're a nation state actor, so (it) shouldn't be surprising."

Private-sector cyber security investigators hired by the DNC concluded that hackers working for the Russian government were behind the year-long breach of the DNC. The investigation found intrusions by two Russian hacking groups.

At least one of the DNC intruders is believed to be behind other breaches of non-classified US government systems at the White House, State Department and other agencies, security experts believe, based on an analysis of malicious software in the breaches.

The FBI and other US agencies involved haven't yet officially attributed the DNC attack to Russian government hackers. But evidence gathered by the FBI so far points to groups that are known to US counter-intelligence for carrying out intrusions for the Russian government, the officials briefed on the probe say.

The release of the emails over the weekend, however, raised new questions among government and private sector security officials.

It's possible that other hackers took advantage of the DNC's vulnerabilities and also stole information, US officials said. But the intrusion so far appears to bear the hallmarks of a Russian intelligence operation.

Foreign spy agencies routinely try to collect information on US elections, and there were some cyber attacks against political campaigns detected during the 2012 election cycle.

Typically, spy agencies collect such information to try to better inform their governments about US politics. US spy agencies do the same overseas.

Russian spy agencies have published embarrassing information to try to influence political events in countries they consider part of their sphere of influence. But to publicly release vast troves of stolen data to try to influence a US election is beyond the scale of what US counterintelligence officials have seen.

Whether Russian intelligence agencies provided the stolen information to Wikileaks, either directly or through middlemen, is now a top issue for US investigators to resolve, the US officials briefed on the probe say. The answer won't likely come until well after the election.

The impact of the release of the DNC hacked emails was almost immediate, prompting the ouster of the head of one of the two major political parties.

Since the hackers were in the DNC systems for about a year, US officials expect more data releases.