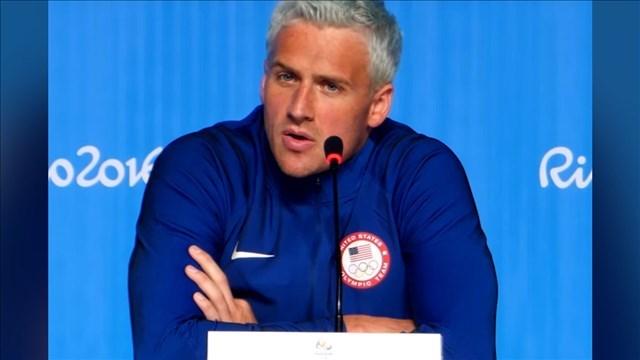 Speedo, Polo Ralph Lauren, and Gentle Hair Removal and mattress maker Airweave all said they would be cutting ties with Lochte after the swimmer admitted to lying about being robbed at gunpoint while in Rio.

"While we have enjoyed a winning relationship with Ryan for over a decade and he has been an important member of the Speedo team, we cannot condone behavior that is counter to the values this brand has long stood for," Speedo said in its statement. "We appreciate his many achievements and hope he moves forward and learns from this experience."

Ralph Lauren said it had signed Lochte to an endorsement deal specifically for the 2016 Games and the company will not be renewing the contract. The company, which early Monday still had a photo of Lochte wearing an Olympic medal on its Twitter home page, has since taken that image down.

Likewise, Airweave -- which provided mattresses for Team USA in Rio -- said its agreement with Lochte was "in support of the Rio 2016 Olympic Games" and the company has decided to end the partnership.

But Lochte's photos were still all over the website of Gentle Hair Removal, which made Lochte a figurehead of their advertising campaigns since signing the athlete in April. Lochte appeared in a promotional video for Gentle Hair Removal, in which he said the service "was the best thing that's ever happened. I don't have to worry about shaving anymore."

"We hold our employees to high standards, and we expect the same of our business partners. We wish Ryan well on his future endeavors and thank him for the time he spent supporting our brand," the company said in a statement.

Lochte's problems began when he and three teammates said they had been robbed at gunpoint after attending a party at the Olympics, but it was soon discovered the four athletes allegedly vandalized a gas station and urinated on the building. Authorities in Brazil denied any robbery took place.

On Friday, he apologized in a statement, saying he should have been "more careful and candid" from the get-go. In an interview on NBC on Saturday, Lochte said "I over-exaggerated that story and if I had never done that we wouldn't be in this mess."

On Monday he said he respects Speedo's decision to end his sponsorship.

"I am grateful for the opportunities that our partnership has afforded me over the years," he said. "I am proud of the accomplishments that we have achieved together."

Speedo initially said it was following the situation and that it has a policy not to comment on ongoing legal investigations. Monday it said it will donate a $50,000 portion of Lochte's fee to Save the Children for children in Brazil.

Rumors were circulating over the weekend that Macy's was also attempting to distance itself from Lochte by removing advertisements from its stores that featured his picture. But in a statement on Monday, Macy's said the move was actually a scheduled marketing change.

"As scheduled, we are transitioning out all Olympic visual as the games ended yesterday, and we are moving into our fall fashion message," Macy's said.