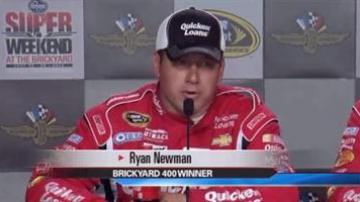 On Saturday, Newman set a track record and barely edged out Jimmy Johnson for the pole. This was Newman's 50th career pole and his first since 2011.

Newman's victory came down to a final pit stop.

A slow stop for Johnson gave Newman the edge to race onto victory.

The victory is bittersweet for Newman who'll be out of a job at the end of the season.

Earlier this month, Stewart-Haas Racing announced that it had signed Keven Harvick.