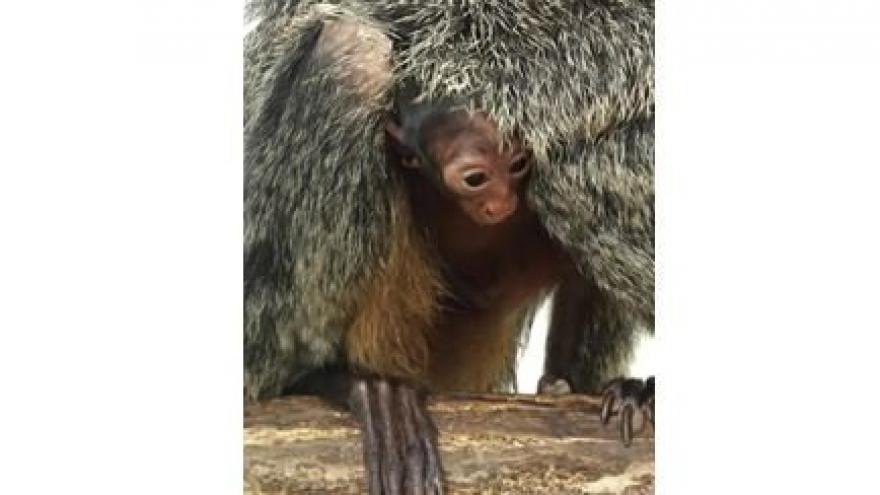 Zoo officials say that they were pleasantly surprised Monday morning that Helen, a white-faced saki monkey at the zoo had given birth.

This was a surprise they say because Helen is 25 years old and Yaki, the male in the relationship is 24. Saki monkeys usually only live between 10 and 20 years, although some have lived into their 30s.

Zookeepers say the baby is clinging to Helen and is bright and alert. The baby's sex has not yet been determined and won't until the first exam by a vet in a few months. They say visitors may not be able to see the baby because it is clinging to mom's side around her hip and blends in to her fur. The monkey's exhibit is in the South American area across from the flamingos.

According to the zoo, saki monkeys are native to Northern South America, Venezuela east to Brazil. Saki monkeys are predominantly tree dwelling but have been known to spend time foraging on the ground. They can leap up to 30 feet from branch to branch.