Salvation Army hoping to end 2016 on a positive note 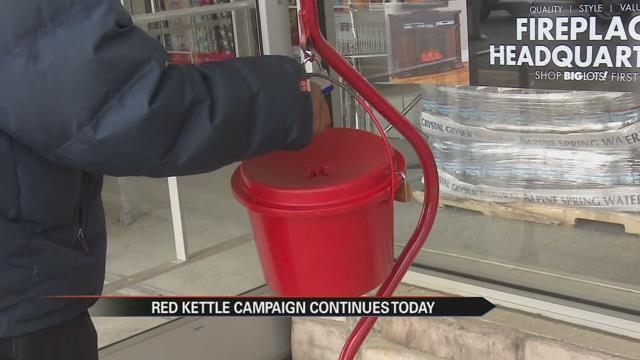 One thousand St. Joseph County families are celebrating Christmas this year, thanks to the Salvation Army. Donations from their Christmas Campaign totaled almost $120,000.

They continue working toward their goal; kettles will be out on Christmas Eve from 9 a.m. to 5.

Right now they’re 28 per cent short of their goal. The Salvation Army says if everyone in Michiana donates just one dollar they will reach their $159,000.

Two days ago,  two red kettles were stolen, now the salvation army is trying to end 2016 on a positive note.

On December 22nd, for the first time ever, two Salvation Army kettles were stolen in St. Joe County.

Both crimes happened around the same time and police have not yet found any suspect or suspects.

However, the Salvation Army is not stopping there. Although they are short of their goal they’re extending their Christmas Campaign.

The campaign ends on the 31st, but people can still write checks and mail or personally drop them off at the Kroc Center on Western Avenue in South Bend.

People can also text donations. Simply texting MERRY to 71777 will take you to a secure website where you can donate any amount.

On Christmas Day, the Salvation Army says, almost 2,000 children will wake up to presents under their tree, everything from toys, new clothes, and warm coats. Families will also be able to enjoy a holiday meal.