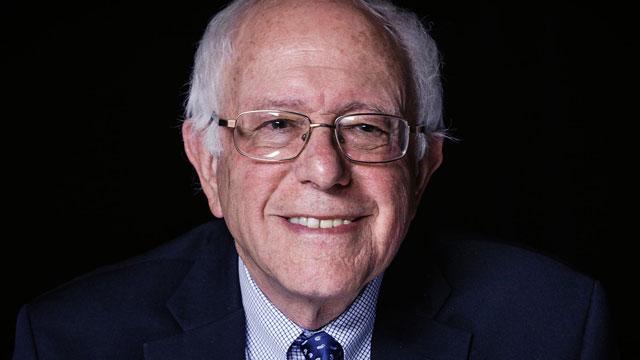 Sanders' victory serves as a reminder to Clinton that despite her looming showdown with presumptive Republican nominee Donald Trump, she has yet to formally wrap up her own party's presidentiwal nomination.

"With this outcome, we now have won primaries and caucuses in 19 states," Sanders said in a statement. "We are in this campaign to win the Democratic nomination and we're going to stay in the race until the last vote is cast."

The Vermont senator's triumph does little to change the overall shape of the race. Clinton still enjoys a lead of nearly 300 pledged delegates and appears on course to formally clinch the nomination in the final round of big state primaries, including in California and New Jersey next month. Vice President Joe Biden, who has stopped short of endorsing either candidate, acknowledged Tuesday that Clinton will ultimately become the Democratic nominee.

Still, Republicans were quick to taunt Clinton for losing another race to Sanders. Republican National Committee Chairman Reince Priebus tweeted it's "nothing short of embarrassing that Hillary Clinton has now been defeated twenty times by a 74-year old socialist from Vermont."

Trump cruised to an easy victory in West Virginia and Nebraska, CNN projects, bringing him nearly 100 delegates away from the 1,237 threshold he must clear to officially close out the GOP nominating race. The GOP primary effectively ended last week with Trump's victory in Indiana that knocked Texas Sen. Ted Cruz out of the race.

Even though the GOP race is essentially over, thumping vote totals on Tuesday could also reinforce the billionaire's appeals for the party to unite around him, despite significant antipathy towards him from many conservatives and establishment leaders.

Trump's victory in Nebraska is especially sweet since one of the state's GOP senators, Ben Sasse, is a vocal critic of the billionaire and has encouraged the potential of a third-party bid to challenge him.

Trump eschewed his traditional victory speech and news conference but tweeted his thanks to voters.

Still, most of the most attention was on the Democratic side of the race Tuesday with Clinton still unable to emphatically snuff out the Sanders challenge so that she can turn her full fire on Trump.

It's an ironic turn of events for Clinton. Eight years ago, West Virginia helped her in the same way it aided Sanders on Tuesday -- handing her a significant victory in the primary over then Sen. Barack Obama that boosted her morale even if it wasn't enough to change the basic delegate math that made it impossible for her to win the nomination.

This time around, Clinton faced difficulties of her own making in West Virginia after saying in a March CNN town hall meeting in Ohio that she was going to put a "lot of coal miners and coal companies out of business" with her policies on climate change.

During a swing through West Virginia last week, she apologized and said that while she believes the comments were taken out of context, she was guilty of a "misstatement."

Clinton spent Tuesday in Kentucky, which votes next week, ignoring the primary in West Virginia, and instead warning Republicans that their attempts to bring her down will fail.

"The right wing never gives up attacking me. I think they are really going to throw everything including the kitchen sink this time. I have a message for them: They have done it for 25 years and I am still standing," Clinton said at a rally in Louisville.