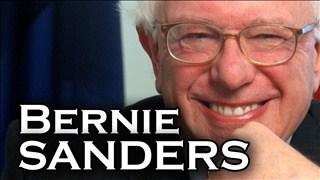 The campaign is downsizing from its current 550-member team to between 325 to 350 workers, said Weaver, who added that at one point the Sanders' staff numbered more than 1,000.

The decision follows a bad night for Sanders, in which he lost four out of five East Coast states that voted on Tuesday.

"The calendar is coming closer to the end and there are not that many states going forward ... it's the natural evolution of every campaign," Weaver told CNN.

Sanders announced the layoffs in an interview with The New York Times.

"It will be hundreds of staff members," Sanders told the Times. "We have had a very large staff, which was designed to deal with 50 states in this country; 40 of the states are now behind us. So we have had a great staff, great people."

Weaver said staffers in the five states that voted Tuesday -- Rhode Island, Pennsylvania, Delaware, Maryland and Connecticut -- will be affected, as well as workers in other states and some members of the national staff. Weaver explained that because the majority of the layoffs affect field workers, there are fewer national staff members needed to manage them.

He added that no advance staffers were affected.

Earlier Wednesday, a Sanders adviser told CNN that the layoffs were a natural progression for the campaign considering that they already had staff in California, which votes on June 7.

The Sanders campaign operation multiplied in size after his fundraising exploded earlier this year, hiring staffers across the country. With only 14 contests remaining, the adviser said, there just wasn't a need for all the field workers.

But it's a blunt acknowledgment that Sanders is not preparing for the long haul and no longer needs such a robust staff. The campaign also is uncertain whether its fundraising success will continue given the trajectory of the race, and senior advisers concluded it was time to downsize back to a smaller scale.