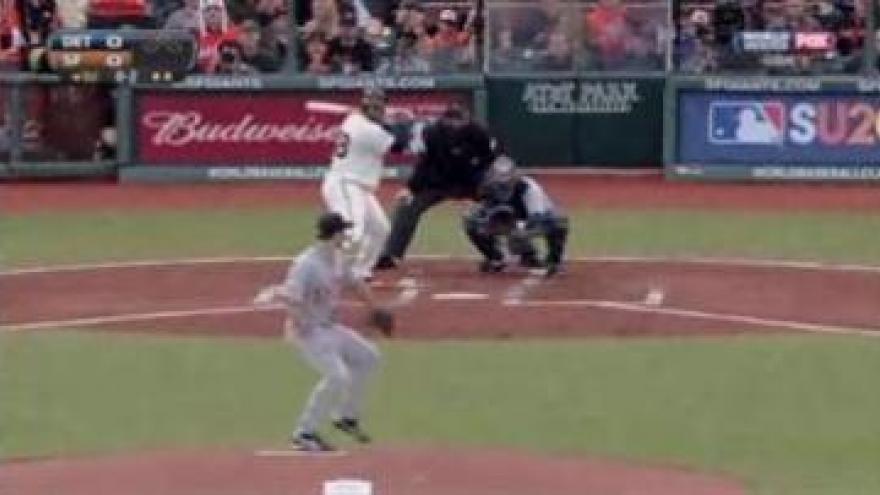 Carlos Sandoval, aka Kung Fu Panda, had three home runs tying a record for the park and leading the Giants to an 8-3 victory.

There's more than just bragging rights and a ring at stake in the World Series.

Both the Detroit and San Francisco mayors made a bet on ESPN. The losing team's mayor will spend an entire day of service in the winning mayor's city.