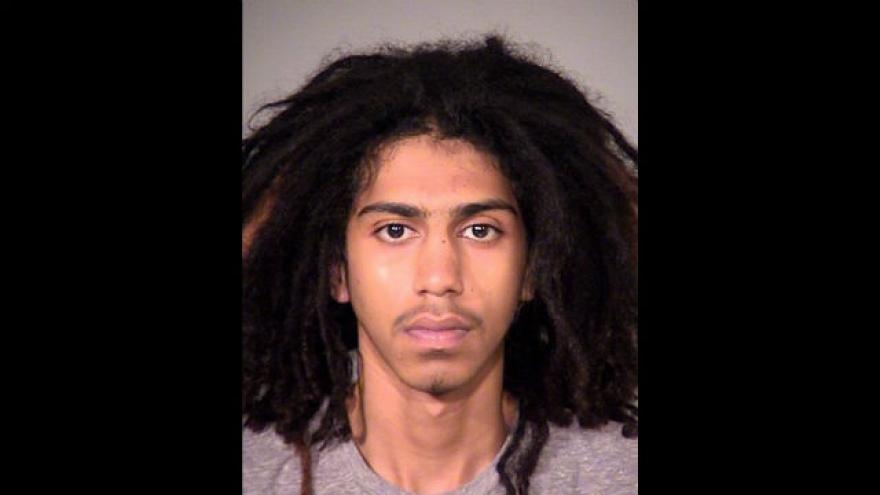 (CNN) -- A Saudi student accused of killing an Oregon teenager in a traffic accident is on the run after skipping bail paid by a Saudi consulate.

Authorities discovered Noorah had managed to remove his ankle bracelet nine days before his trial was scheduled to begin, said Multnomah County Deputy District Attorney Shawn Overstreet. He told CNN the US Marshals Service is still searching for him.

"He abided with his conditions of release for nine months," said Overstreet. "It wasn't until we were getting close to resolving the case, which was supposed to be last week, that -- in my opinion -- he decided that he didn't want to go to prison for that long and took off."

"From day 1, our family objected to a bail because of things known about Abdulrahman Noorah that made us believe he was a flight risk," Smart wrote. "The deputy district attorney representing the state's case against Abdulrahman Noorah expressed our objection of allowing a bail and house arrest to the presiding Judge."

Fallon was crossing a busy Portland intersection on August 19, 2016, to meet up with her mother when Noorah allegedly hit her with his car, Overstreet said. The teenager did not survive the impact.

Overstreet said neither Noorah nor his defense attorney disputed that he drove the vehicle that hit Fallon or that he was driving with a suspended license. But Overstreet said Noorah's attorney claimed he was driving much slower than what law enforcement surveillance video shows. Noorah submitted a not guilty plea at his arraignment.

CNN left multiple messages for Noorah's attorney but has not heard back.

Noorah did not initially qualify for GPS-monitored house arrest, Gaidos said, because law enforcement believed there were "flight risk issues."

Noorah had turned his passport over to the Department of Homeland Security, Overstreet said, but authorities noted he was in the United States on a student visa. Gaidos said Noorah was attending Portland Community College on a scholarship when the hit-and-run happened. The Saudi government was supporting him with a small stipend each month, according to Overstreet.

Gaidos said the sheriff's office in Multnomah County, which includes Portland, believed Noorah did not have strong ties to Oregon and recommended he be held without bail.

Prosecutor: Saudi government bailed him out

The judge did not accept the recommendation and set bail for Noorah at $1 million instead.

That's when the Saudi consulate in Los Angeles stepped in to bail him out.

"The Saudi consulate paid $100,000 to get him out," Overstreet said. "They gave the money to the defendant, and the defendant paid the bail."

In Oregon, some defendants -- depending on the crime, their criminal history, or the judge's discretion -- can be released from jail by posting just 10% of the bail. If the defendant violates release conditions, they are responsible for the remaining amount.

The conditions of Noorah's release included being under GPS-monitored house arrest and surrendering his passport, said Christopher Larsen, the attorney for the Smart family.

CNN contacted the Saudi consulate in Los Angeles and embassy in Washington for comment several times this week but received no response.

The State Department told CNN the case "is an ongoing legal matter" and it deferred to local authorities.

Overstreet said he wants to make sure Noorah is found soon.

"That's the least we can do for the (Smart) family," he said.

CNN's Carma Hassan and Laura Koran contributed to this report.